Minor fires on rise in city 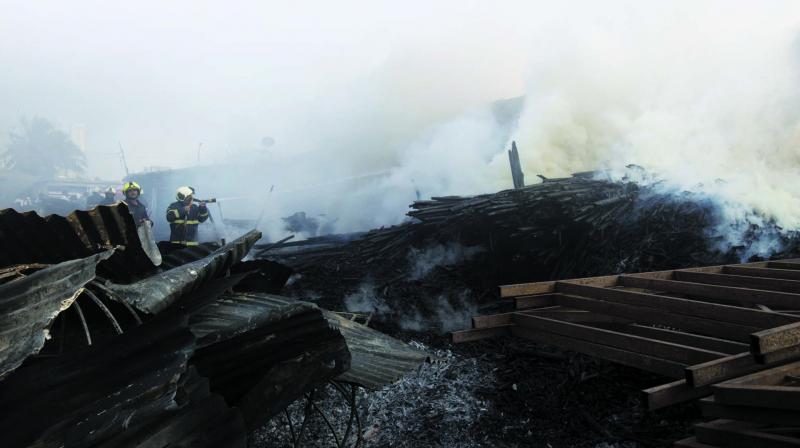 Mumbai: Mumbai has recorded fewer fire outbreaks in the last three years, but the number of major blazes in the city has increased by around 30 per cent, Fire Brigade officials said. Traffic congestion, ongoing infrastructure work and un-authorised parking hinder firefighting operations and result in the  escalation of relatively minor fires, they said.

“When fire engines get stuck in traffic for even a few minutes, the delay can cause a minor fire to become a major one, increasing the risk of casualties,” said Mumbai Fire Brigade’s (MFB) chief fire officer P.S. Rahangdale.

“Due to delays, a fire can turn into a level two or level three blaze. This increases challenges in terms of evacuation,” a fire official said.

Mr Rahangdale, while addressing a seminar on Monday, noted that Mumbai has a complex layout with narrow roads, slum areas turned into industrial zones and a rising number of tall buildings. “This all is increasing the fire load,” he said. Mumbai recorded 4,008 fires from April to December 2018.

In December 2018, a major fire broke in Tilak Nagar’s Sargam Society — a 16-floor high-rise — in which five residents died. Firefighting operations were delayed as the fire engine took time to reach the spot due to unauthorised parking and narrow roads. In fact, it was the residents of the buildings who helped people to escape.

Mr Rahangdale also said that redevelopment projects by the Slum Rehabilitation Authority are “nothing but hutments converted into high-rises”.