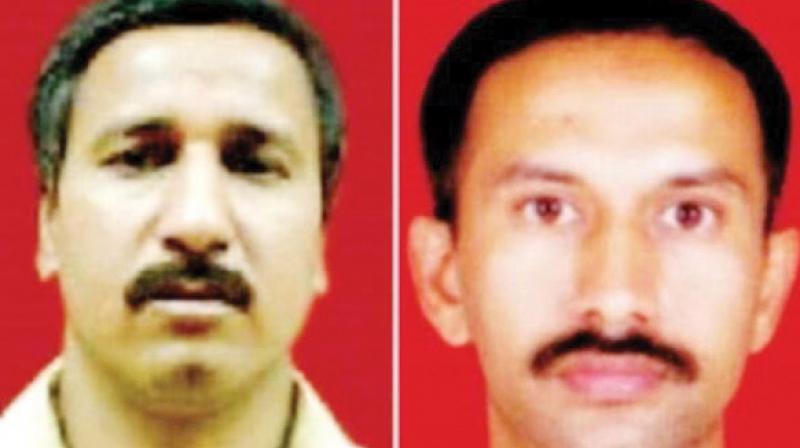 Mumbai: The lawyer of Lieutenant Colonel Prasad Purohit has told the Bombay high court that key accused in the 2008 Malegaon blast case, Ramji Kalsangra and Sandip Dange, were allegedly killed by the Maharashtra Anti-Terrorism Squad (ATS) during the 26/11 Mumbai terror attacks. The duo has been accused of planting the bomb. Purohit’s lawyer Shrikant Shivde told the court, “I have unimpeachable evidence which can prove my allegation.”

In August 2016, suspended police inspector of ATS, Mehboob Mujawar, had submitted an application in a Solapur court, claiming that Kalsangra and Dange, who are wanted in three other blast cases, were killed by ATS officials.  Mujawar had said he had filed an application and submitted evidence before the chief judicial magistrate’s court in Solapur on August 19, 2016.

Mr Shivde added, “I have a post-mortem report of two dead people who didn’t die due to bullet injuries during the 26/11 terror attack. Those two bodies are of Kalsangra and Dange.”

Questioning Mr Shivde’s claims, the NIA lawyer, Sandesh Patil told the high court that Mr Shivde had not submitted any documents in the court to prove his allegation. He further added, “If the accused, Purohit feels that there is any change in circumstances, then he should withdraw his plea and file a new bail application before the trial court.”

Purohit was arrested for procuring RDX to carry out the blast and hatching the conspiracy. Purohit has claimed that he was working as an army intelligence officer and was not part of the blast conspiracy.

Last year, NIA had filed supplementary chargesheet in 2008 Malegaon blast, in which it had dropped MCOCA charges against Purohit. After that, Purohit had filed for a bail application but the NIA court rejected his plea. Purohit then moved High Court, filing an application against NIA court order. Since his arrest, Purohit has applied for bail several times.