Court says will give its decision if union, state fails to end logjam. 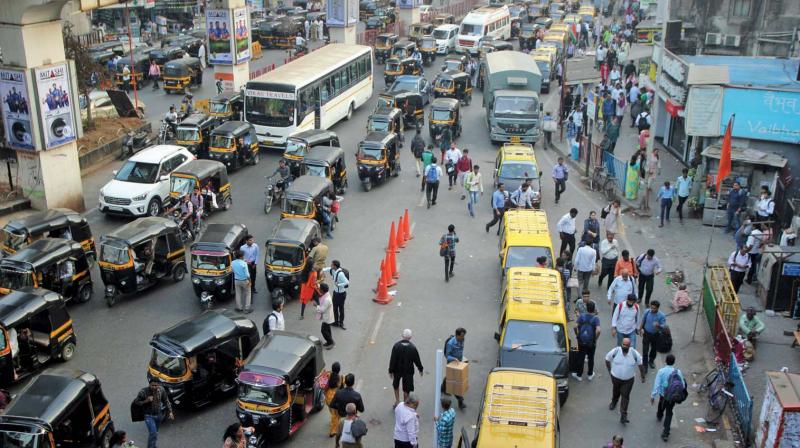 Mumbai: The striking Brihanmumbai Electric Supply and Transport (BEST) Workers’ Union and the state government on Monday failed to reach an agreement before the Bombay high court to end the protest. The high court said it would pass appropriate orders with regard to the strike on Tuesday if the union and state authorities failed to end the deadlock.

A bench of Chief Justice Naresh Patil and Justice N.M. Jamdar also said “Things cannot continue as they are.”

The high court on Monday directed the high-power committee, constituted by the state government last week to negotiate with the striking union, to submit a report in a sealed cover clarifying its views on some of the urgent demands of the union on Tuesday.

The bench has been urging the union, the Briha-nmumbai Municipal Corp-oration (BMC), the state government and BEST undertaking to resolve their issues in a “congenial environment” and ensure minimum inconvenience to the public.

The high court has been hearing, since last week, a PIL filed by lawyer Datta Mane urging the court to pass interim orders directing BEST workers to call off the strike immediately.

On Monday, the state and the BMC told the bench that while it had proposed several solutions to resolve the issues being faced by BEST workers, the union was still adamant on not withdrawing the strike.

Appearing for the state, advocate general Ashutosh Kumbhakoni reiterated before the bench that the strike was “illegal” in view of the state’s laws on essential services and a previous order of the industrial court in the city. “The union has made its point by calling the strike and all authorities concerned, including this court, have taken a serious note of its demands. Ther-efore, the strike must now be called off and the union must enter into negotiations with the committee with an open mind,” Mr Kumbhakoni said.

The advocate general and the BMC’s counsel, Anil Sakhre, told the bench Monday that the authorities were ready to look into the grievance surrounding the pay scale of junior-level employees subject to the strike being called off.