The BSPCA treated 72 birds with the help of their ambulances whereas the severely injured avians had to be admitted to the hospital. 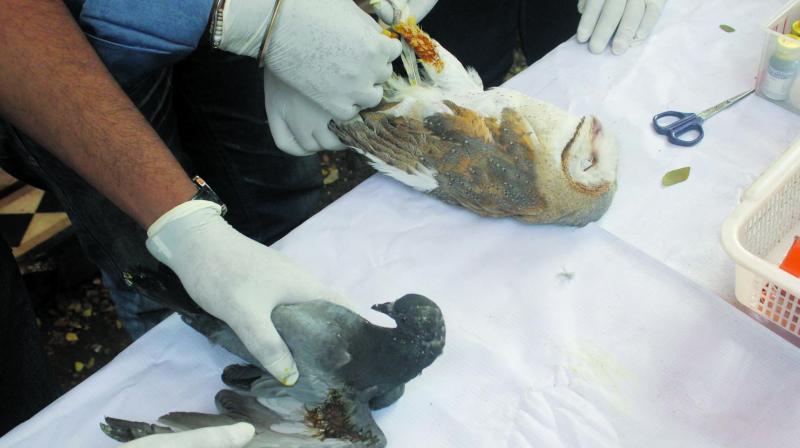 Volunteers of Samkit group and Aasha The Hope for Animals treat birds at a bird camp at Goregaon. (Photo: Mrugesh Bandiwadekar)

Mumbai: According to data from the Bombay Society Prevention of Cruelty to Animals (BSPCA), the number of injured birds seen on Makar Sankranti exceeded last year’s figures.

The BSPCA treated seventy-two birds with the help of their ambulances whereas the severely injured avians had to be admitted to the hospital. The Mumbai police had issued a circular banning the use of strong threads made from plastic or similar synthetic materials to fly kites during Makar Sankranti in view of a large number of grievous injuries caused to people and birds by them.

Speaking to The Asian Age Lt. Col. (Dr.) J.C. Khanna said, “The number of birds that were treated went up to 137 this year as opposed to last year which saw less than 100 injured birds.” Dr Khanna said, “Sixty-five of the seventy-two birds are critically injured and hence have been admitted in our hospital. The ban seemed to have no effect on kite flyers this year.”