MNS chief Raj Thackeray had slammed Mr Vaidya when he first gave voice to the idea. 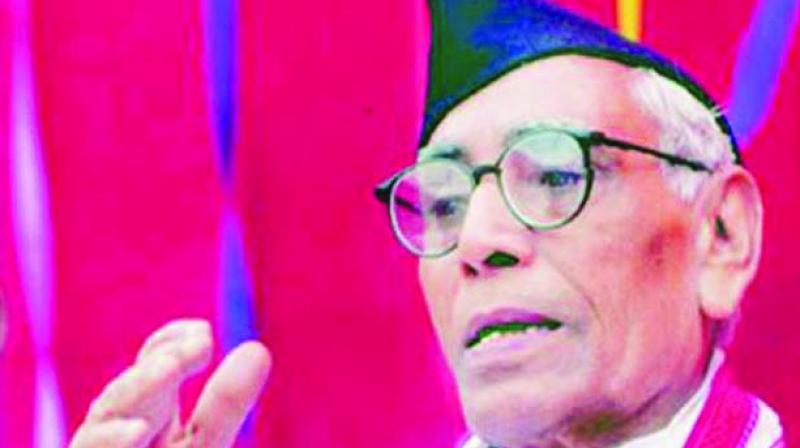 Mumbai: Reiterating his stand on the division of Maharashtra into four states, former RSS spokesperson M.G. Vaidya on Saturday said that the need for a separate Vidarbha would not arise if Maharashtra was divided as such. MNS chief Raj Thackeray had slammed Mr Vaidya when he first gave voice to the idea.

Mr Vaidya was speaking at a programme in Nagpur when he said, “I am a pro-Vidarbha person and a separate Vidarbha should be carved out. Any state should not have a population of more than three crore. There should not be any need for protest for small states,” he said.

In April last year, Mr Vaidya had said that Maharashtra should be divided into Vidarbha, Marathwada including Khandesh, Konkan, and western Maharashtra. The former RSS spokesperson had also said that there was need for a state reorganisation commission and each state should have restricted population. He had expressed the view that even if new states were formed, their language would remain Marathi only.

Miffed with the idea of a divided Maharashtra, Mr Thackeray had taken a swipe at 93-year-old Mr Vaidya saying that a person who was himself on the verge of being separated from the human world was talking about separation of the state. “Jinaka Prithvi se alag hone ka time aya hai, ve alag rajya ki baat kar rahe hai,” the MNS chief had said about the RSS veteran.

It has been BJP’s policy to have small states for easier functioning. However, Shiv Sena and MNS have always opposed the idea of a separate Vidarbha. Also, the idea of a divided Maharashtra has never been popular among a majority of people living in the state.