Fifty percent reservation for women and revised ward boundaries has forced the corporators to field their wives. 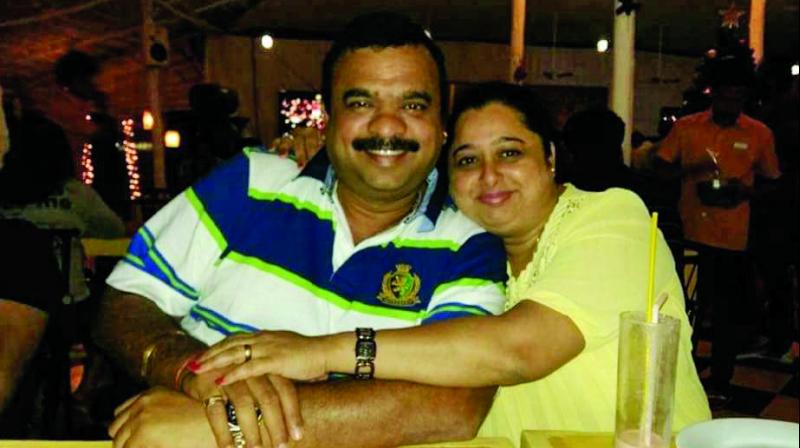 Brian Miranda of the Congress with his wife Tulip.

Mumbai: In an attempt to retain their hold over constituencies, many corporators are planning to field their better halves in the municipal election.

When Swapna Deshpande, wife of MNS leader, Sandeep Deshpande, resigned from her government job, it was seen as a move that would enable her to contest from the ward number 191, which is represented by her husband.

A few days ago, Swapna resigned from a senior post in Maharashtra Housing and Area Development Authority (Mhada). The ward number 191, comprising Shivaji Park area, has been reserved for women, which makes Sandeep ineligible to contest from there. However, Mr Deshpande denied he had sought a ticket for her wife. “Nothing has been decided so far. Raj Thackeray will take the final decision,” he said.

However, there will be several women like Swapna, who will be contesting the BMC polls in their husband’s place. Factors like 50 percent reservation for women and revised ward boundaries has forced the corporators to field their wives.

Mr Miranda, who was elected from ward number 84 in Kalina, said, “It’s not that I have asked for a ticket just because she is my wife. Being a lawyer, she is a highly educated woman and she is also active in politics. She is currently working as a general secretary of Mumbai Mahila Congress.”

“Women find it difficult to get involved in corrupt political activities. In such scenario, they remain mere signatories, while the husbands or male politicians in their parties continues to wield their power from behind the curtains,” said political analyst Nilu Damle.