After series of unfortunate events, Guetta to perform at BKC

The concert was earlier to be held at Mahalaxmi Racecourse but was later shifted to BKC. 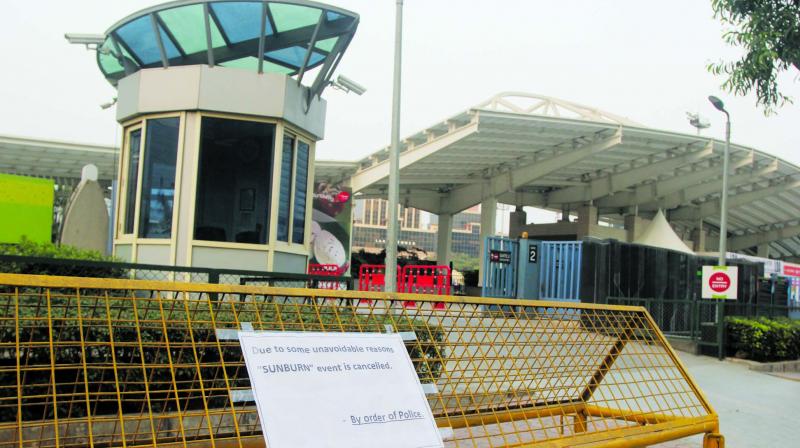 Mumbai: French DJ David Guetta will perform in Mumbai on Sunday at the Reliance Jio Garden at Bandra Kurla Complex. This announcement comes a day after the artist was denied permission by authorities to take the stage.

The artist was to perform as part of the electronic dance music festival Sunburn Arena and is on a four-city tour. Earlier, Bengaluru, which was the first city where he was to perform on January 12, cancelled the show, citing security concerns. The artist was to then perform in Mumbai on Friday, but the Mumbai police refused permission stating that the organisers of the Sunburn festival did not complete, “mandatory requirements and legal formalities.”

But surprisingly, the Mumbai police on Saturday issued a statement saying that the concert had been granted permission. DCP Ashok Dudhe, spokesperson, Mumbai police, said, “We are issuing permission to Sunday’s Sunburn programme at the same venue in BKC.” When contacted, a senior police officer said that the organisers had met them on Saturday and handed over the necessary documents. “They gave us the security plan for the venue, a NOC from traffic police and even copies of the work visa of all the non-Indian performers,” said a senior officer. Milind Bharambe, joint commissioner of police (traffic) said, “They met us today and completed the necessary traffic requirements and after reviewing those we handed over the NOC.”

The concert was earlier to be held at Mahalaxmi Racecourse but was later shifted to BKC. The organisers on their Twitter account put up a statement, “We are pleased to say that we have succeeded to reschedule the Mumbai event on January 15, 1100hrs-1600hrs at the same venue ‘Jio Gardens’, Bandra.” The artist is set to perform the same day in Delhi.

Civic officials said, “The BMC had already given permission for the event on Friday. When the organisers applied for permission BMC sent them a notice of pending dues of `10 lakh from a previous show. The organisers paid the dues and the civic body granted them permission on Friday itself.” However, the permission came too late and Percept had shifted the venue to BKC.

When The Asian Age called Harinder Singh, who is associated with Sunburn, asked this reporter to call later.