Opposes CR’s plan to place sculpture near CSMT platform no. 18. 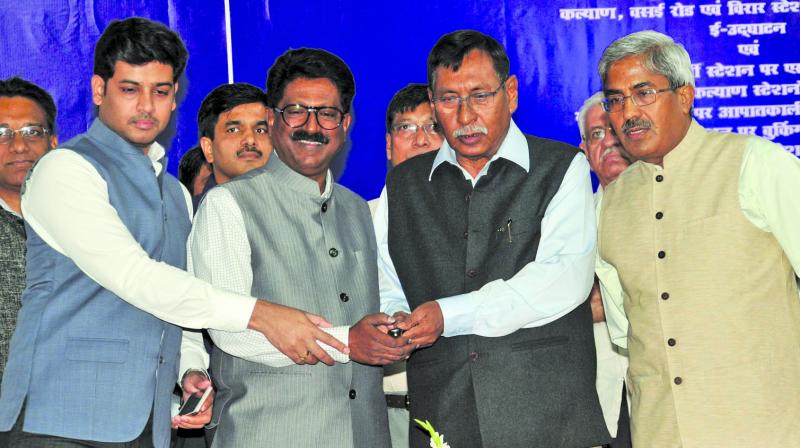 Rajen Gohain at the inauguration of railway amenities in the city. (Photo: Debasish dey)

A visibly upset Sena MP Arvind Sawant said, "It is ironic not to have a statue of the warrior king at CSMT after whom the station is named."

The showdown between both the CR and Mr Sawant occurred during media briefing, when Mr Sawant asked minister of state, railways Rejen Gohain about the statue. CR general manager D K Sharma said, "The statue will be built between platform no 18 and P. D'Mello Road."

Mr Sawant interrupted and said, "Now when the railways finally plan to place a statue here, they will be relegating it to the corner of the station where hardly anyone goes. This is absolutely preposterous."

Mr Sawant has said that he would ask the state government to change the location of the statue. Officials have expressed that the sprawling garden overlooked by the CR offices is marked as a world heritage structure and therefore a statue there will not be allowed by the government rules.

Earlier, know as Victoria Terminus, it was renamed as Chhatrapati Shivaji Terminus (CST) in 1996. The acronym 'Maharaj' was added this year in July to make it (CSMT). The Indian Railways had initially planned a railway museum between P. D'Mello Road and platform no 18. The museum was to have an amphitheatre and the replica of seven forts that Shivaji Maharaj had gained control over from the Mughal emperor Aurangazeb. The plan went bust after the then railway minister Suresh Prabhu who led it was made coal minister early this year.