Only 40 per cent slum survey done

Bio-metric study of the city’s slum dwellers was started in 2016. 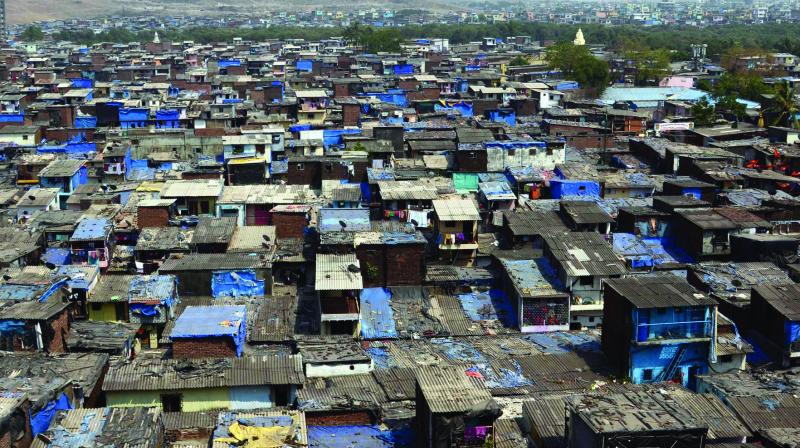 The government aims to make the state slum-free by 2022 by providing housing to all.

Mumbai: The Slum Rehabilitation Authority (SRA) has managed to complete only 40 per cent of the bio-metric survey of the slum dwellers in the city, a year after it began. The survey that started in 2016 has covered around two lakh slum dwellers of the city so far, out of the five lakh. The data is gathered by the authority to detect the eligible slum dwellers to rehabilitate them. The government aims to make the state slum-free by 2022 by providing housing to all.

According to officials, the survey of all slum clusters in the island city has been completed. “There are overall around seven lakh slum dwellers in the city, but we are excluding the ones which are on the CRZ or central government land,” said a senior SRA official.

The process has slowed down due to the opposition faced by the officials on the ground by the slum dwellers. “Whenever our men go for a survey either politicians or NGO groups stall the process and sent back the survey team. This has led to a lot of delays,” said a spokesperson from the survey agency.

The door-to-door survey was started in February 2016 and was supposed to be completed within a year, however, still around three lakh slum dwellers are pending to be surveyed. The survey team knocks on every door and numbers the slums by painting it, and conducts a biometric survey of each family member.

“The team which goes on the ground sometimes faces stern opposition from the slum dwellers. Sometimes people own more than one hutments, and we give a benefit for only one hutment. Thus people oppose and do not cooperate for the survey,” said the official. The authorities believe eligibility of the slum dwellers will be noted during the survey and this will be helpful for speedy implementation of SRA schemes.

Biometric survey data will be made online. The citizens can use the special ID given to them after the survey to check the progress of rehabilitation of that particular area. Currently, the data of survey is only available for SRA officials.