The case came to the fore after a coach approached the crime branch with a complaint that Barate cheated his players. 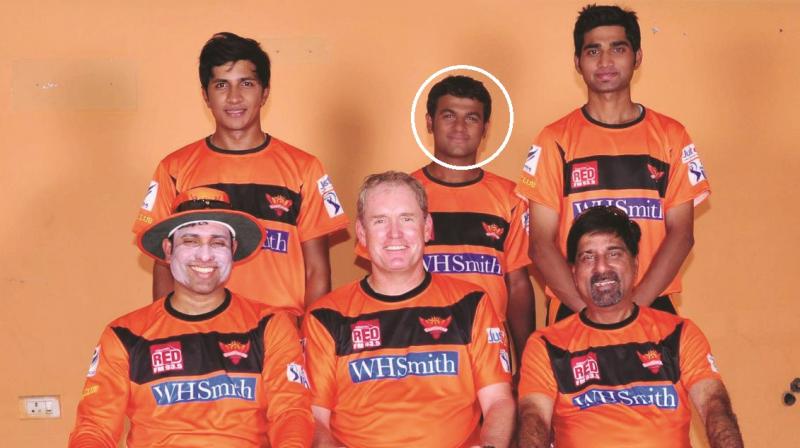 Mumbai: A former under-19 player who played for Hyderabad team in 2013 was arrested by the Mumbai crime branch in the budding cricketers' cheating case. This is the fourth arrest in the case in which several upcoming cricketers were duped of Rs 68 lakh by promising breaks in IPL and Ranji matches by a company named RN Sports.

The accused, Ravindra Wadekar (23), was co-director in two of Pune based companies of the main accused Vijay Barate, former talent hunt for Hyderabad Sunrisers and chief of RN Sports. The property cell had probed into their finances for ascertaining if their finances were raised from the money  which was used to cheat budding cricketers.

During their interrogation, the officials learnt about one Jitendra Tiwari, who is the owner of a Rajkot based company that had bagged the branding rights for England -West Indies series played in March at West Indies. The officials have now summoned Tiwari to question him on his links with Barate and how they raised money for bidding for the rights.

“It has also come to the fore that Wadekar had flown down to West Indies during the series and the pictures clicked there were also being used for duping the youngsters in a bid to convince them to pay up for getting a break in first class cricket,” said a crime branch officer.

Citing the links of the arrested accused with regional cricketing entities,  the Crime Property Cell has summoned a person belonging to a cricket association at Vidarbha for recording statements. The said person will be questioned on the links with Barate and others.

Apart from Wadekar and Barate, the officials have arrested Jeevan Mukadam, 26 and Dinesh More, 24 in the case taking the tally to four. More suspects are under the scanner and are being questioned.

The case came to the fore after a coach approached the crime branch with a complaint that Barate cheated his players. Subsequent inquiry revealed that the accused would take money and after a dummy tour to other state and tournaments with random teams, the players would be rejected and sent back.