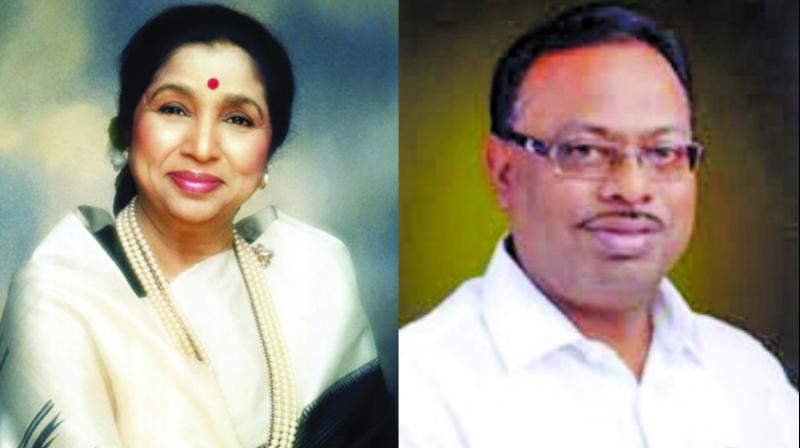 Nagpur: A week after veteran singer Asha Bhosale (83) cried foul over an exorbitant electricity bill she had received for her Lonavla bungalow, the energy department has found out that the amount of Rs 53,822, which was levied on her, was correct. The department has written a letter to the singer to pay the bill and be cooperative. As per the bungalow’s meter, 4,000 units of electricity were consumed for the daily filtration of the swimming pool in October and November.

“However, as the October bill was not paid because the bungalow was closed, the bill mentioned the dues of both months. Ms Bhosale apparently stays only for two or three days in a month at her bungalow in Lonavla, but she has been getting bills ranging between Rs 15,000 and Rs 16,000 per month.

When contacted, Ms Bhosale’s spokesperson said, “It is impossible for the bill to be so exorbitant. She does not use the bungalow. The only light that is used is at the gate. Ms Bhosale has not used the bungalow since a long time.”

Ms Bhosale, who resides at the bungalow occasionally, had contacted the Bharatiya Janata Party’s (BJP) Mumbai president Ashish Shelar over the issue last week. Mr Shelar then spoke to energy minister Chandrashekhar Bawankule who assured the former that he would inquire into the matter. Later, Mr Bawankule told his officials to prepare a detailed report on the issue and submit to him.  Officials from the department proceeded to conduct a detailed inquiry and visited the bungalow to check if the meter was faulty. However, they found that this was not the case.

“Ms Bhosale has a swimming pool in her bungalow which needs filtration for two to three hours every day. So, electricity was being used even if the singer hardly visited the place. Total, 4,000 units were used in her bungalow for the months of October and November. The bill sent in October was not paid as the bungalow was closed and hence the October bill was added into the November bill, which amounts to Rs 53,822. The meter was running correctly. We have sent her a letter explaining the details and requested her to pay the dues and cooperate with the department,” an official from the energy department told The Asian Age on the condition of anonymity. Mr Bawankule was not available for comments on the issue on Tuesday.