Mumbai, a pioneering city in terms of joyrides, is home to 26 private helicopter operators. 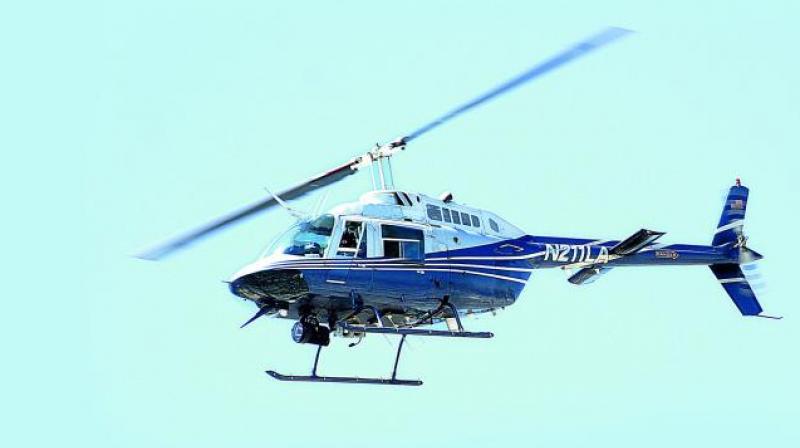 Mandar Bharde, the managing director of MAB Aviation, said, “One incident does not mean that the service in itself is risky. (Representational Image)

Mumbai: With a thorough investigation being conducted on Sunday’s copter crash, helicopters are expected to barely fly in the city’s skies this New Year. According to private operators who were to come up with new offers and campaigns to promote joyrides early on New Year morning, these will now not go ahead as per plans, which will affect their business for at least three months.

Mumbai, a pioneering city in terms of joyrides, is home to 26 private helicopter operators. According to these operators, Mumbai has been so far ahead than other cities when it comes to joyrides that the city has been getting passengers even from other states coming in for joyrides. Mandar Bharde, the managing director of MAB Aviation, said, “One incident does not mean that the service in itself is risky. This was an unfortunate mishap, but we operators take utmost care as it is our machine and our brand name that is hampered because of such accidents.” He further said, “However, since this accident is fresh on people’s minds, it would take some months for them to overcome the resultant fear and realise that helicopter rides are safe.”

According to the president of one of the leading helicopter operators, all plans and schemes for the New Year have been suspended after the accident. “Our company was to come up with special offers and campaigns for New Year celebrations, but we have now decided to not introduce any scheme at all and instead concentrate on Valentine’s Day offers and special discounts to cover up for the losses.”

Losses ahead:
Around 2,000 people take helicopter joyrides on a yearly basis, with roughly the same number being maintained in 2015. According to helicopter operators, apart from on Valentine’s Day, joyrides have gained in popularity among people making wedding proposals or celebrating birthdays and anniversaries.