Metros   Mumbai  14 Dec 2016  Mumbai: No headway on cause behind helicopter crash
Metros, Mumbai

Mumbai: No headway on cause behind helicopter crash 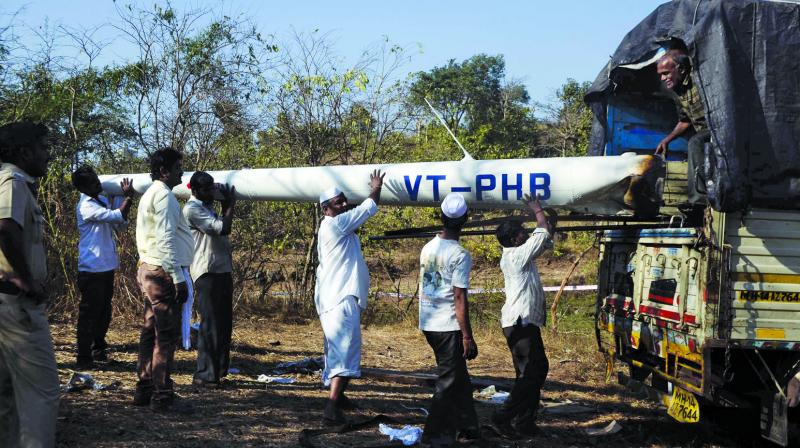 Mumbai: Speculation on what could have led to a private operator’s helicopter crashing on Sunday continued on Tuesday, even as a team from the Air Accident Investigation Bureau (AAIB) flew back to Delhi after collecting evidence from the spot, documentation from the operator and records from the Juhu Air Traffic Control (ATC). Senior officials from the industry have raised doubts over the helicopter’s maintenance. Some officials close to the development even claimed on Tuesday that the helicopter in question had undergone maintenance two days ago. However, Aman Aviation, the private operator that owned the copter, has rubbished this claim.

If officials are to be believed, the clutch that allegedly failed leading to the crash wasn’t old and was valid for 750 hours more, which is well within limit.

“Two days ago, captain Praful Kumar Mishra (the pilot who died in the crash) had expressed concerns about the aircraft,” said a senior official. Meanwhile, Uday Gelli, president, Rotary Wing Society of India (western region), explained the checks needed for such aircraft. He said: “Every type of helicopter is meant for an individual amount of flying hours, after which it requires a detailed check. However, basic checks are conducted before and after each helicopter takes off.”

It is important to note that in this case, a top DGCA official has said that all the mandatory permission needed for ‘air worthiness’ were in place for the copter that crashed.

Rajendra Johri, president, Aman Aviation, rubbished the claim that maintenance faulire was behind the accident. “The helicopter was thoroughly checked and was fit to fly. The AAIB has taken away all the related documents from us and hence no records are available with us now. There is a lot of talk about the incident, but facts will be come to light only after AAIB studies all the aspects,” Mr Johri said.

According to an insider from the helicopter industry, Robinson 44 — which was the make of the copter that crashed — is more prone to catching fire during an emergency than other helicopters.