Shaina said that the police had interrogated 250 people and were yet to nab the culprit/s. 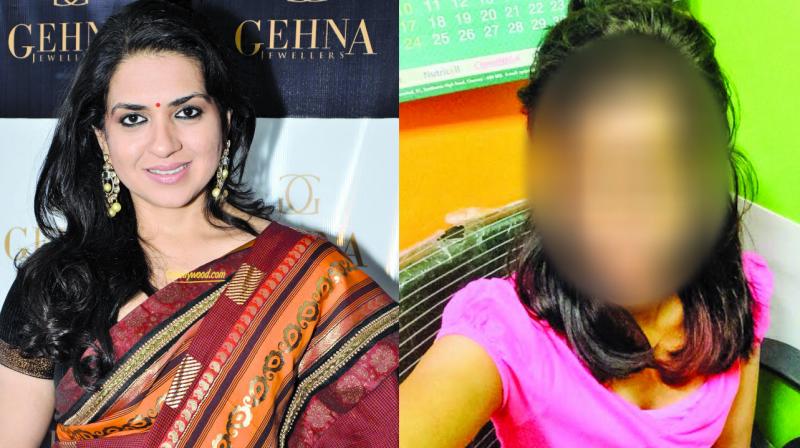 Shaina NC told the police to take action against news channels and newspapers, which had disclosed the identity of the rape victim in their insensitive reportage.

Mumbai: Bharatiya Janata Party  (BJP) leader Shaina N.C. on Tuesday paid a visit to Vile Parle police station for an update on the gruesome rape and murder of a 24-year-old physiotherapist earlier reported by this newspaper.

During her meeting with senior police inspector Laxman N. Chavan, Ms Shaina questioned the impropriety of a few news channels revealing the name and identity of the victim. She highlighted that while covering the case, media did not adhere to Supreme Court guidelines which mandate restraint in such matters.

Confirming her visit, SPI Chavan told The Asian Age, “Yes, she paid a visit and gave us an oral complaint.” He said that the police even asked Ms Shaina to give a written complaint.

“After we get the written complaint, we will investigate into the matter and then take necessary action,” he said. When contacted, Ms Shaina said, “The media has no right to use photographs and name the rape victim so we have asked that action be taken as per Supreme Court guidelines. I questioned the police as to whether they mentioned her lifestyle or way of dressing to which they flatly refused and said that no insensitivity had been shown by them.”

Ms Shaina said that the police had interrogated 250 people and were yet to nab the culprit/s. She informed that on December 16, she was going to meet the CM with a delegation to demand setting up of a fast track court once the accused was/were arrested. Asked for status of investigation into the case, SPI Chavan said, “It’s on.”