Reportedly, apart from the SSC exam, no other exam requires religious affiliation of the child or parents to be filled. 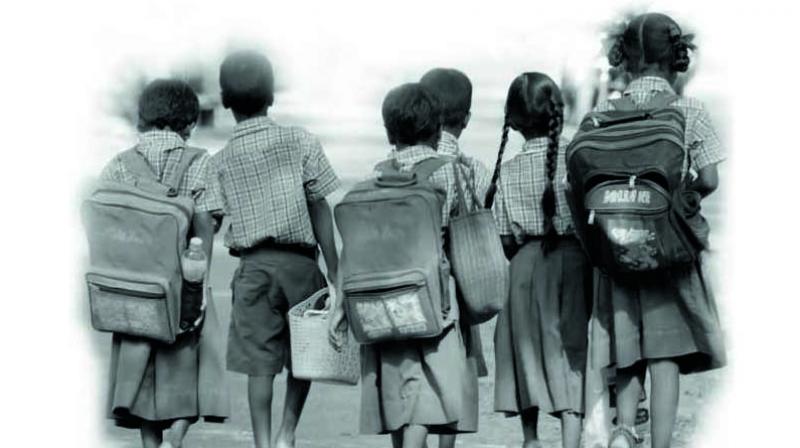 The online form has a section called ‘Religion’ where the options are Hindu, Muslim, Sikh, Buddhist, Zoroastrian, Catholic and Others.

Mumbai: The Constitution of India says that to follow any religion or not is a matter of choice. But the state education department does not seem to think so. Parents of Secondary School Certificate (SSC) students in the city who do not follow any religion are fuming as the application form for the March 2018 exam requires them to specify their “religious affiliation”, and has no category for non-believers. The forms have to be submitted by Monday.

Several parents said that they were not willing to adopt any religion but school authorities were forcing them to do so, else their children would lose an academic year. Reportedly, apart from the SSC exam, no other exam requires religious affiliation of the child or parents to be filled. The Maharashtra State Board of Secondary and Higher Secondary Education (MSBSHSE) has made “religious affiliation” mandatory after the state government passed a government resolution (GR) about the same in 2014. According to MSBSHSE, this will ensure that students get the benefit of welfare organisations after they pass the exam.

Harsha Adarkar, a parent and HR professional, felt this was a kind of classification and categorisation of students. “At home, we don’t practice any religion so our child too has been given no religion. Once the child grows up and starts thinking rationally, he will decide his religion.”

Chairman, SSC Board, Pune, Shakuntala Kale, said the practice was started in 2015 after the state government issued a GR in July 2014. “It is to get minority code for the students if applicable. If parents do not want to write their religion, they can write general.”

The online form has a section called ‘Religion’ where the options are Hindu, Muslim, Sikh, Buddhist, Zoroastrian, Catholic and Others.