Udayanraje Bhosale announced that he would join the Bharatiya Janata Party (BJP) in the presence of Prime Minister Narendra Modi in Delhi on Saturday. 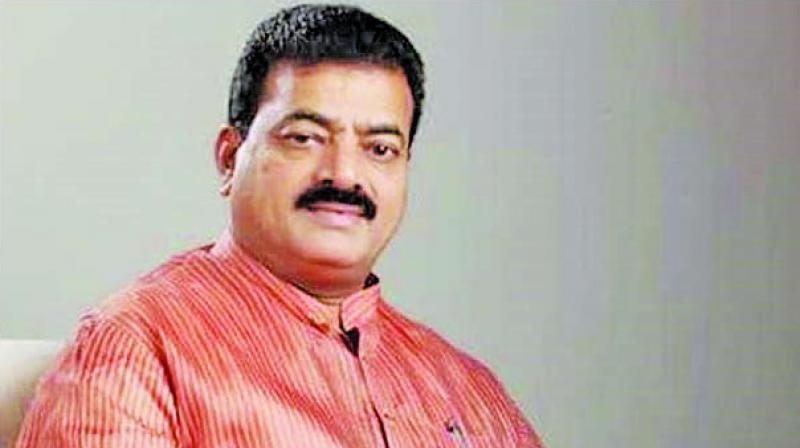 Mumbai: Nationalist Congress Party (NCP) chief Sharad Pawar’s personal attempts to stem the exodus of his leaders to the saffron alliance seem to be in vain. While the party’s former state president and MLA from Guhagar constituency, Bhaskar Jadhav, was inducted into the Shiv Sena on Friday, Satara MP Udayanraje Bhosale announced that he would join the Bharatiya Janata Party (BJP) in the presence of Prime Minister Narendra Modi in Delhi on Saturday.

Mr Pawar had met Mr Bhosale, a direct descendant of Chhatrapati Shivaji Maharaj, on Thursday at the former’s Pune residence to convince him not to leave the party. However, the meeting — which was also attended by NCP leader Dhananjay Munde — failed to stop Mr Bhosale in his tracks.

Mr Bhosale, who is among the four NCP MPs in the state, announced his entry to the BJP on Twitter. Sharing a graphic on the micro-blogging site, Mr Bhosale said Union ministers Amit Shah and Nitin Gadkari, Maharashtra chief minister Devendra Fadnavis and Maharashtra BJP president Chandrakant Patil would also attend the Delhi event.

Mr Jadhav joined the Shiv Sena in the presence of party chief Uddhav Thackeray after resigning from the Maharashtra Assembly on Friday morning. Mr Jadhav was part of the Sena before joining the NCP in 2004.

“I was a Shiv Sainik. My heart always wanted to come back to the Shiv Sena and so finally I have come back to my home,” Mr Jadhav claimed.

Reacting to Mr Jadhav’s defection, the NCP said that the former minister “cannot live without power”. “He was defeated by an NCP candidate when he was in the Shiv Sena. Then he joined the NCP (in 2000) and was made an MLC. In 2009, he became MLA and was made a minister. But he has now joined the Shiv Sena for power,” NCP chief spokesperson Nawab Malik said.

Commenting on Mr Bhosale’s exit, Mr Malik said that the NCP would retain the Satara Lok Sabha constituency whe-never a bypoll is held.