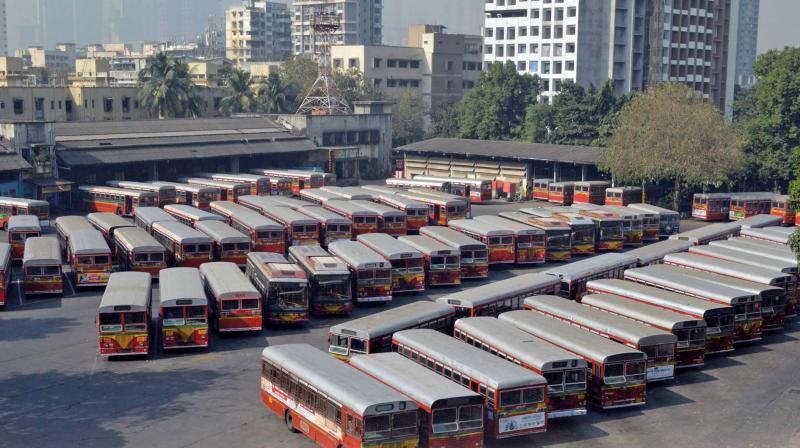 As per the Industrial Disputes (ID) Act, 1947, every BEST worker should sign the MoU.

Mumbai: Members of the Shiv Sena-led BEST Kamgar Sena, who signed a memorandum of understanding (MoU) with the BEST administration earlier this month, amidst a hunger strike held by another union, will receive a salary hike in October. The BEST Kamgar Sena has nearly 9,000 members.

The administration has given time till September 25 for other unions to sign the MoU. As per the Industrial Disputes (ID) Act, 1947, every BEST worker should sign the MoU.

The BEST last week signed the MoU with the BEST Kamgar Sena, according to which, workers will get a salary hike of `5,000 to `12,000 as per the Seventh Pay Commission. The administration Friday submitted the proposal in the BEST committee meeting for the members’ approval. Although the committee members have approved the proposal, the salary hike will be given to those workers who signed the MoU with the BEST administration.

Committee member Sunil Ganacharya raised this issue in the committee meeting Friday. “Only a few office-bearers and members of one union signed the MoU. The BEST should give more time and wait for other unions to submit their suggestions and objections.”

Another committee member Suhas Samant requested that the proposal be approved as it had already been delayed for 41 months.

BEST general manager Surendrakumar Bagade said, “The salary has been decided by the special committee appointed to decide salary slabs. The revised salary hike will place a burden of `1,018 crore on the BEST. We have decided to give time to sign the MoU for salary by September 25.”

Mr Bagade said that as per the ID Act, those who signed the MoU for the salary hike would get the hike. The administration was expecting all workers to sign the MoU by September 25.