According to the NGO, DJs were not used except for a single procession at Opera House. 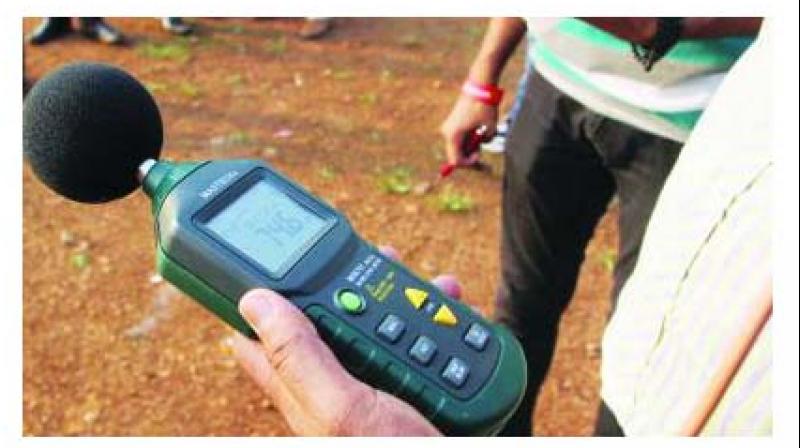 It was observed that many ganpati pandals stopped using loud speakers and noisy music instruments after the 12 am deadline on the last day of Visarjan.

The highest noise levels were recorded at Opera House junction at 11.54pm on Thursday — of 121.3 dB, where drums, DJ and metal cylinders were used.

“While the procession emitting highest noise stopped the music at 12:00 am, other processions there continued for another five minutes. A procession which continued until 12.07 am was stopped by the police after a complaint,” said Sumaira Abdulali, Convener of Awaaz Foundation.

“Overall, the noise levels were lesser this year which is a positive change. During the first few days of Ganeshotsav this year, we felt that heavy rains could have subdued loud celebrations. However, even on the last day, with no rains at all, there were no loud DJs and prolonged use of loud instruments. It shows that people are understanding the gravity of noise pollution and celebrating festivals in eco-friendly way,” she added.

According to the NGO, DJs were not used except for a single procession at Opera House. Large generators on trucks were also absent.

“The noise levels at Opera house could also be due to the presence of four lanes which witnessed simultaneous processions at the same time. We prepared a model code of conduct this year to keep noise pollution in check, discarding DJs and Dolbys, and using traditional instruments like nashik dhol,” said Naresh Dahibhavkar, president, Brihanmumbai Sarvajanik Ganeshotsav Samanvay Samiti.

Meanwhile, some political party-sponsored mandals continued to use loudspeakers until beyond 12.15am, when the NGO complained and the local police took appropriate action.