Bandra FOB will re-open for pedestrians by December 31 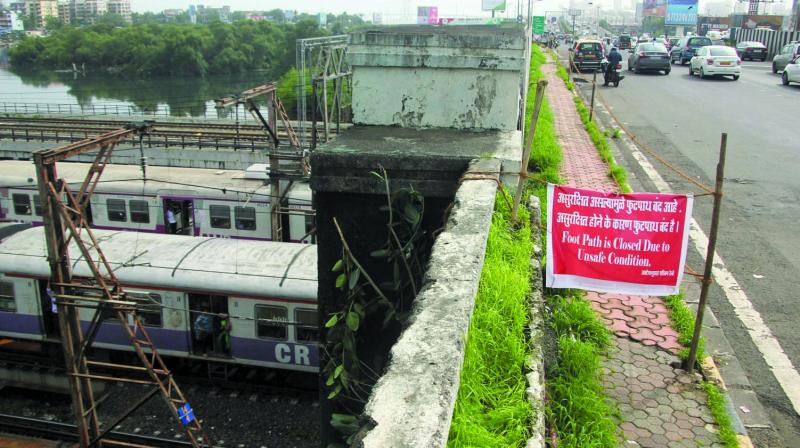 Mumbai: The BMC on Friday informed the Bombay high court that the structural audit report of the Bandra foot over-bridge (which connects the Bandra court, Mhada office and BKC) was expected by October 15 after which repairs would be carried out and the FOB would be made available to pedestrians by December 31.

A division bench of Chief Justice Pradeep Nandrajog and Justice Bharti Dangre, while hearing a notice of motion filed by KPP Nair, a resident of Bandra (east), was informed that the skywalk had been shut since the past three weeks due to which commuting to and from the railway station had become chaotic.

The BMC during hearing informed the court that the Veer Jeejamata Technical Institute (VJTI) had been appointed to conduct a structural audit of the skywalk bridge. The audit was to be carried out on the basis of magnetic particle inspection test, liquid/dye penetration test and ultrasonic thickness gauge test that was in progress. The MMRDA had informed the court that while the bridge was initially with the MMRDA, it was later handed over to the BMC.

On Friday, the BMC filed an affidavit in court about the status of the structural audit. “As of now, there is no threat to the skywalk but till the final report is received, we are keeping this skywalk closed as our consulting agency VJTI has also suggested the same,” the affidavit read.