18 die during Ganeshotsav immersions across Maharashtra

Incidents of people drowing on last day of festival reported from 11 districts of state. 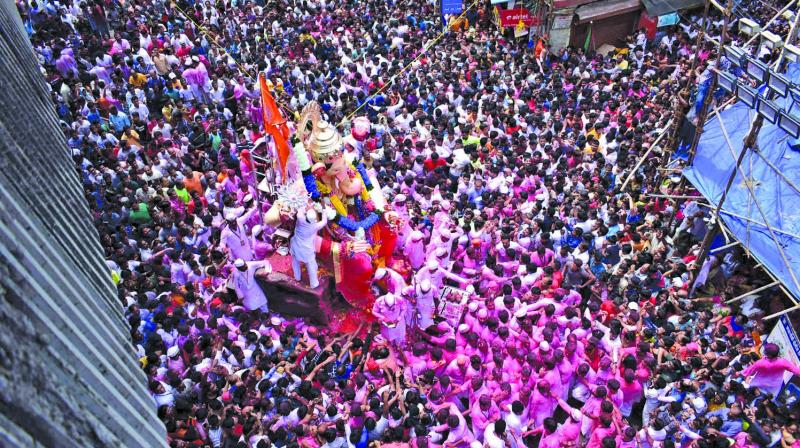 Mumbai: Around 18 people died and 40 were injured in separate incidents across Maharashtra on Anant Chaturdashi, according to a police official.

Mumbai police credited tightened security during the processions and at the spot of the visarjan for the city recording zero deaths on the last day.

“Around 40,000 personnel were deployed on the last day of Ganeshotsav,” a Mumbai police official added.

In Thane district, 15-year-old Kalpesh Jadhav, a ninth standard student, drowned on Thursday evening. A resident of Kasara, Kalpesh had gone for immersion of idol, where he fell into the river and drowned. “The body was taken out by devotees present at the spot. It was sent for post-mortem later. A case of accidental death has been registered,” said an official from Thane police.

In Navi Mumbai, seven people were injured owing to a short circuit that occurred when wooden top of a Ganesh idol’s seat touched electric wires under a bridge. “The incident happened in Seawoods in Nerul on Thursday. The wood was wet and so conducted current. The injured persons are out of danger,” an official said.

Four people drowned in Amravati, while three deaths were recorded in Ratnagiri. In Nashik, two persons, identified as Prashant Patil (38) and Yuvraj Rathod (28), died. Patil drowned near Ramkund a bathing ghat on the banks of the Godavari river, in Nashik city, while Rathod drowned in a pond near Trimbakeshwar.

Two persons died from drowing each in Sindhudurg and Satara, while one died each in Dhule, Buldhana, Akola and Bhandara. Twenty-year-old Chaitnya Shinde, a resident of Malkapur, was washed away in the Koyna river in Satara.