The train will stop at Thane and Virar, Boisar in Mumbai. It will halt at Vapi, Bilimora, Surat, Bharuch, Vadodara, Anand and Ahmedabad in Gujarat. 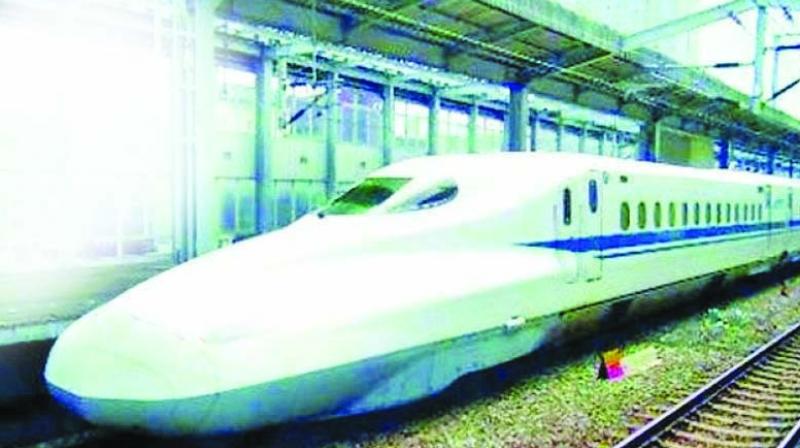 92 per cent of the Mumbai-Ahmedabad bullet train’s route will be elevated.

If they are unable to acquire the private land by March, the railway officials plan to complete the procedure of acquisition of government land. An official said, “We are looking to acquiring as a much as land we can by March when we will be putting out the tenders. But if there are hurdles in getting the land owned by villagers in Palghar then we will at least start the work on government owned land for sure as well on private land that we manage to acquire.”

According to sources, the Japanese government had recommended elevation of the entire project, but the Indian government has insisted that some of the stations must be on land or underground.

The train will stop at Thane and Virar, Boisar in Mumbai. It will halt at Vapi, Bilimora, Surat, Bharuch, Vadodara, Anand and Ahmedabad in Gujarat.