The government has chalked out an ambitious plan to raise money by developing 24 new cities along the highway. 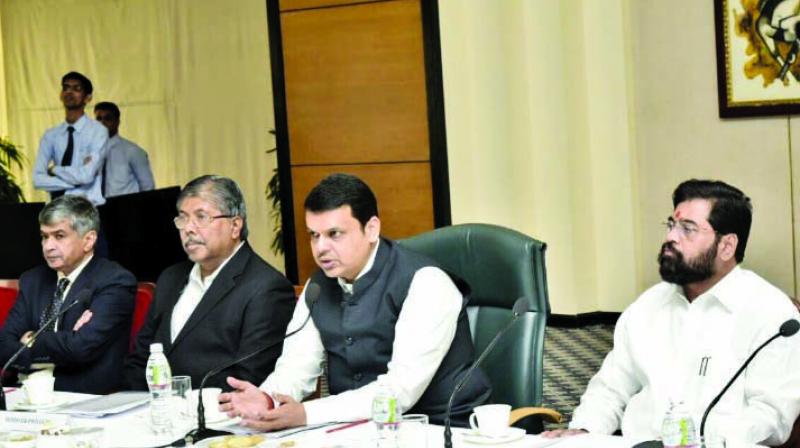 The CM chairing the meeting with bankers.

Mumbai: Chief minister Devendra Fadnavis chaired a meeting on Wednesday to discuss the ambitious Samruddhi Mahamarg project. All top officials of the state attended the meeting. The officials made a presentation to bankers, appealing to them to extend low-interest loans for the ambitious project.

“The state’s industrial sector will get long term benefits from the project, and there will be urban growth. It will connect Mumbai to Nagpur. If banks helped this project,  real change could be seen by 2020,” said Mr Fadnavis.

Samruddhi Mahamarg will be 701 km long highway. The initial cost of the project will be around Rs 48,000 crore. The government has chalked out an ambitious plan to raise  money by developing 24 new cities along the highway.

According to sources, only seven to eight banks have come forward to extend the loans for this project. The banks are ready to disburse Rs 7000 crore loan. “But the problem is, we need more money. Banks are not ready to give that much of amount. So, the government gave them a model of revenue in the meeting,” said an officer present there.

In the meeting, CM Fadnavis assured bank officials that the government will repay the loan.