Of them Lalbaugcha Raja and Ganesh Galli bears the maximum fine of Rs 4.86 lakh and Rs 4.14 lakh for creating 243 and 207 potholes respectively. 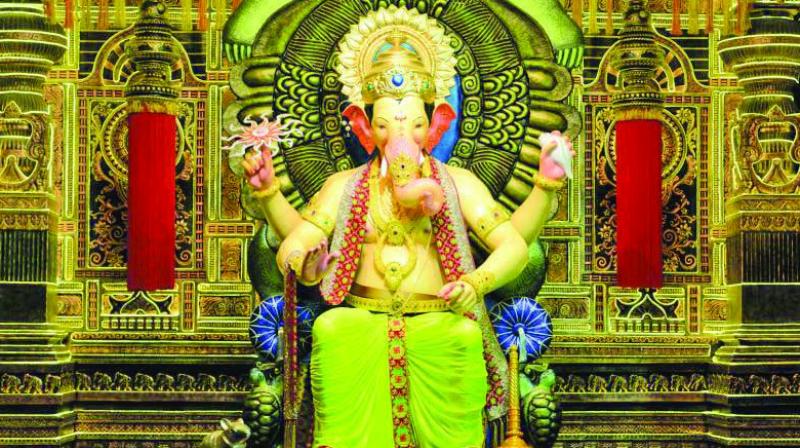 Mumbai: Lalbaugcha Raja and Ganesh Galli, two of the most prominent Ganpati Mandals in the city, have been fined by the Brihanmumbai Municipal Corporation (BMC) for creating potholes during the Ganesh Festival this year. The civic body has slapped a fine of nearly Rs 15 lakh on 13 Ganpati mandals across the city.

Of them Lalbaugcha Raja and Ganesh Galli bears the maximum fine of Rs 4.86 lakh and Rs 4.14 lakh for creating 243 and 207 potholes respectively.

According to the civic officials, it has been observed that the Ganpati Mandals damage the roads by digging holes for erecting pandals during the festival and then abandon them, carelessly causing inconvenience to people. A penalty is slapped on them to recover the cost of pothole filling.

Vishwas Mote, assistant municipal commissioner of F-North ward, said, “The penalty has been imposed for damaging roads during the Ganesh festival. Mandals should take precaution not to dig holes while erecting pandals.”

Sanjay Sawant from the Ganesh Galli mandal said, “We will not pay the fine as we have already filled the potholes dug during the festival. The BMC has slapped the penalty without verifying the facts. We will present evidence of our pothole filling works to the BMC soon.”