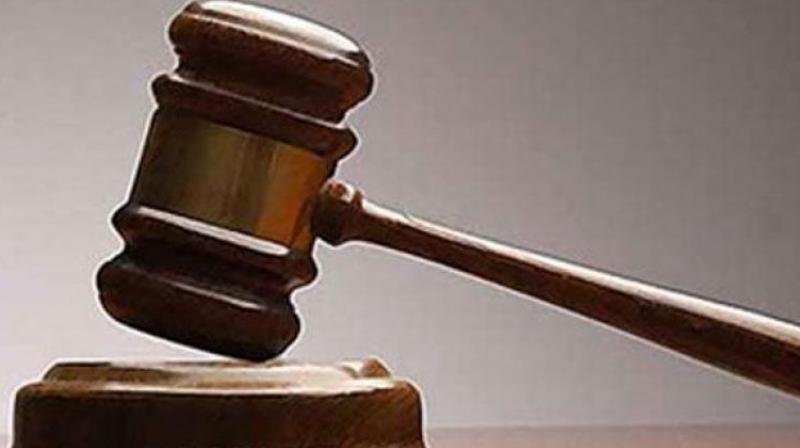 The victim, then aged 16 years, lived with her parents at Lokmanya Nagar in Thane. (Representational image)

Thane: A Thane court has sentenced a 27-year-old man to seven years' rigorous imprisonment for molesting a minor girl here in Maharashtra.

District Judge P P Jadhav pronounced the accused, Sameer Javed Naik, guilty under various sections of the Indian Penal Code and the Protection of Children from Sexual Offences (POCSO) Act, and also imposed a fine of Rs 12,000 on him.

The victim, then aged 16 years, lived with her parents at Lokmanya Nagar in Thane, the prosecution told the court.

Her family and their neighbour used to have frequent quarrels over petty issues.

The neighbour once called the accused, who molested the victim and beat up her mother on June 16, 2014. The accused dragged the victim out of her house, but some neighbours rescued her, the prosecution said.

Based on a complaint filed by the victim, the accused was arrested the same day.

The judge said the prosecution proved beyond reasonable doubt that the accused had a scuffle with the victim and her mother.

Though the medical officer was not examined, the victim deposed in the court saying she received chest injuries when she tried to prevent the accused from assaulting her, he observed.

"In the case of voluntarily causing hurt, even the slightest criminal force causing some pain to the victim is enough (proof)," he said.

The judge noted that around seven criminal cases were already registered against the accused in the Vartak Nagar Police Station prior to this incident.

"It shows the criminal background of the accused," he observed in an order passed last week.

Considering the conduct of the accused and the nature of assault, the judge pronounced the accused guilty under IPC sections 354 (molestation), 323 (voluntarily causing hurt) and 504 (intentional insult with intent to provoke breach of the peace), and provisions of the POCSO Act.