Action should be taken to pacify the mob with the help of police force, asked home department. 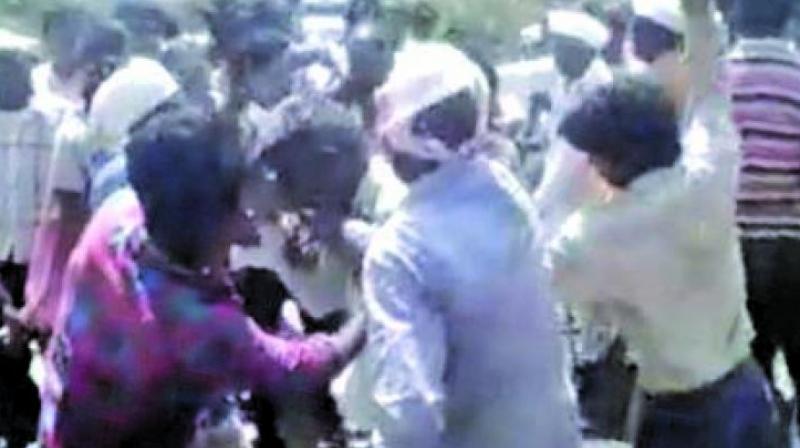 Despite taking the preventive measure if mob lynching incident takes place then police should immediately register the FIR.

Mob violence and lynching, triggered by rumours has already claimed 10 lives while 18 other were injured in Maharashtra during June and July of this year.

Tahseen Poonawala had filed a petition in the Supreme Court about the mob lynching incidents across the country and the state's inaction regarding the same. The bench directed Parliament to draft a new legislation to effectively deal with incidents of mob lynching. It also told the Centre and state governments to take preventive measures to control the spread of messages on social media platforms which can incite a mob to lynch.  After directions from the Supreme Court, home department had issued the orders of appointment nodal officers and one helping officer of the assistant commissioner of police rank. Department had asked these officers to keep a watch in their area to prevent mob lynching incidents.

These officers will conduct a meeting at least once a month with the sources (khabari) who provide confidential inputs in the mob lynching context. Using intelligence machinery, nodal officer and assistant officer are required to keep vigil on the messages and information circulated through WhatsApp and other applications. If someone is provoking a  certain group which may lead to the mob lynching, then the nodal officer or police should immediately take action to stop the spread of sensitive material.

Action should be taken to pacify the mob with the help of police force, asked home department.

Despite taking the preventive measure if mob lynching incident takes place then police should immediately register the FIR. Action should be initiated against the accused and measures should be taken to safeguard the victims. If nodal officers or concerned officers fail to take the required action then, it will be considered as an act of deliberate negligence and action will be taken against them immediately, cleared the home department.

Mob violence and lynching triggered by rumours have claimed 10 lives while 18 were injured in 14 incidents in Maharashtra during the month of June and July 2018.

On July 1, five people were lynched by a mob in Dhule on the suspicion of being child-lifters. In this case, local people attacked the suspects based on the suspension fuelled by social media that they might be child lifters or were moving around with the intension of committing theft.