Bridge will be thrown open to the public in June 2019. 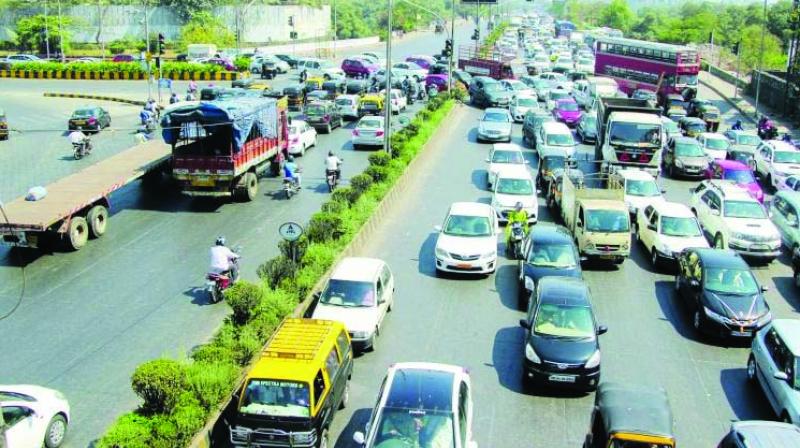 The aim is to decongest Kalanagar junction by building two flyovers connecting BKC.

Mumbai: The Mumbai Metropolitan Region Development Authority (MMRDA) plans to give an iconic design to the Kalanagar flyover, as an iconic structure like the Bandra-Worli Sea Link (BWSL) by introducing unique design features. The work is currently underway, and the bridge will be thrown open to the public in June 2019. The contract to construct the flyover has been given to Simplex Infrastructure.

The aim is to decongest Kalanagar junction by building two flyovers connecting Bandra-Kurla Comple0x (BKC) with Dharavi and the Bandra-Worli Sea Link.

A senior MMRDA official said, “The design has been tweaked to make it look attractive and iconic. There will be a 40m-long deck at the elevated part where pedestrians can sit and relax facing the Mithi river. Also, there will be tubular boxes on the bridge to add to the aesthetic. The pier of the bridge will be fin-shaped. The flyover will be the first one to have such kind of a pier design. The flyover will also have a footpath,” the official added.

The contract to design the flyover has been given to Padeco, a consultancy firm. “The plan has not been officially approved and will take time to finalise,” the official added.

The flyover was planned to improve the current scenario at Kalanagar junction, which sees traffic of at least 12,000 vehicles every hour.

The plan for decongesting Kalanagar was made in 2013 but the contract was awarded in 2016.

There are a total 314 bridges under the civic body in the city, however, according to civic officials, aesthetics take a backseat when compared to completion of projects. Recently, bridge beautification projects have been picking up. For example, the JJ flyover has witnessed a facelift, complete with illumination and plantation under the bridge.