High court asks MMRCL, how would you implement suggestions by VJTI

They sought a 9-metre realignment of the Metro-3 route to bypass the consecrated premises. 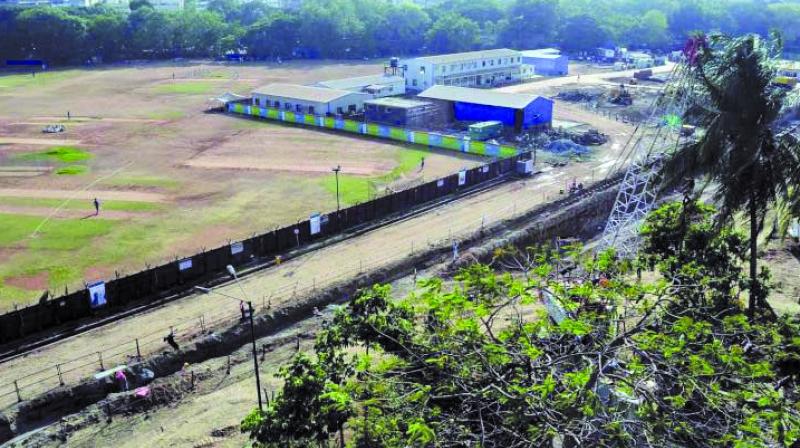 Mumbai: The Bombay high court has asked MMRCL how it is going to implement the suggestions made by the Veer Jijamata Technical Institute (VJTI) institute pertaining to impact assessment report of Metro-3 tunneling work on two Parsi Agyaris in south Mumbai.

A division bench of Justice Abhay Oka and Justice Riyaz Chagala was hearing a petition filed by a Parsi structural engineer Jamshed Sukh-adwalla, priest Rooyintan peer, lawyer Berjis Desai and others to protect the structure and sacredness of two Atash Behram (spiritual significance to Zoroastrians). They sought a 9-metre realignment of the Metro-3 route to bypass the consecrated premises.

To this the MMRCL said that the tunnel isn’t under the fires but agreed to shift it by 3.5 meters to ensure that no damage is done to the fire temples or well.

On August 9, VJTI submitted its report which stated that Metro-3 work will not adversely affect the structural stability of the two Atash Behrams. However it recommended measures to ensure additional safety. It stated that the excavation for cut and cover at Kalbadevi station near the corner of Wadiaji Atash Behram shall be carried out only by drilling line holes up to  the bottom for the planned area of 3 by 3 metre.  Further excavation shall be done by either mechanical means or controlled blasting. The perforation will further reduce vibrations on the Atash Behrams.

The court on Monday told the MMRCL that in cuff parade noise pollution petition we were told that once tunneling work starts then it can’t be stopped in between. And asked MMRCL to tell us how it is going to implement the suggestions.