Metros   Mumbai  14 Aug 2017  SoBo residents yet to get nod for parking
Metros, Mumbai

SoBo residents yet to get nod for parking

The Gymkhana has put forward a proposal to create a parking bay along the footpath on M.G. Road. 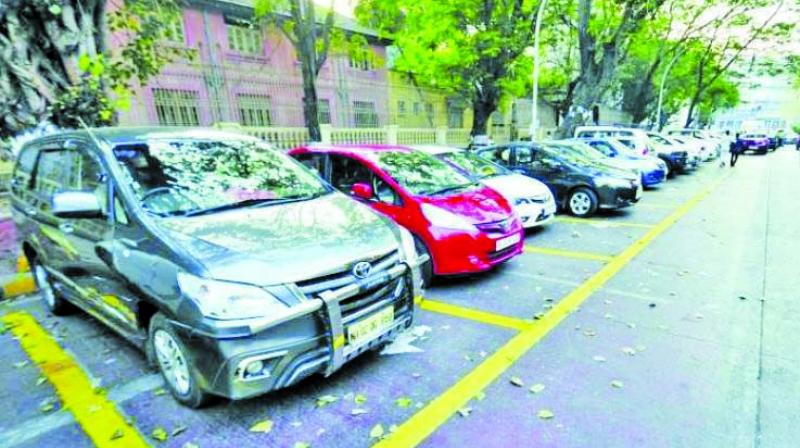 The BMC has received 28 applications from residential and commercial premises.

Mumbai: Three months after the implementation of the Parking Policy in ‘A’ ward of the city, the BMC has managed to get 28 applications from both residential and commercial premises. However, not even a single application for residential parking has received an NOC from the traffic department.

“We are trying access whether ongoing metro works in the adjoining areas will lead to congestion due to the parking space. We have to examine the areas where the parking is proposed. We are going to take a month’s time to complete the whole study, only after that will we issue the NOCs,” said Amitesh Kumar, joint CP (Traffic).

Well, according to ‘A’ ward (Churchgate, Marine lines, Colaba) office, 7-8 NOCs have been granted for commercial parking applications. Of the 28 applications received, 19 applications were for residential parking, which are still awaiting traffic clearance. Parking space applications from several housing societies from the ward were made for around 78 cars as of July 2017.

“We are awaiting the traffic nod. Once the clearance is received from the traffic department, we will start demarcating the required space and allot parking spaces to the residents,” said Kiran Dighavkar, assistant municipal commissioner of ‘A’ ward.

Meanwhile, the Bombay Gymkhana is among the applicants who were granted commercial parking space. The Gymkhana has put forward a proposal to create a parking bay along the footpath on M.G. Road.

The controversial ‘Pay and Park’ policy was kick-started in the month of April 2017.

Under the ‘Pay and Park’ policy, the city is divided into three categories - A, B and C to categorize parking rates. Thus, affluent areas like south Mumbai will be charged at the rate of  Rs 60 per hour while areas from western suburbs will cost as low as Rs 20/per hour.  18 spots were made operational in south Mumbai on experimental basis.