In aftermath of Manju Shetye’s death, visit Byculla women’s prison and hear versions of both sides. 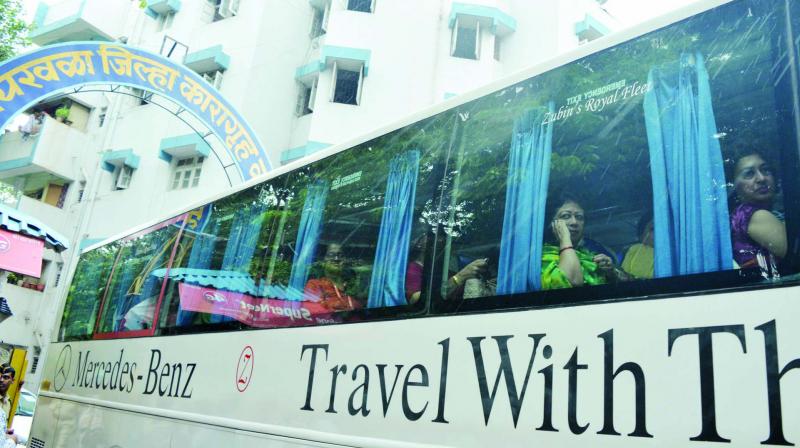 Mumbai: Amid the ongoing police investigation into the June 23 murder of Byculla women’s prison inmate Manju Shetye, 15 women MPs belonging to the Parliamentary Empowerment of Women Committee paid a visit to the prison on Thursday and interacted with inmates and jail officials for around two hours. Prison authorities did not reveal what transpired during the interaction.

The parliamentarians, from both the Lok Sabha and Rajya Sabha, arrived at the prison at around 10.30 am in a bus and the meetings continued till post noon at around 12.30 pm, when they left. They avoided speaking to the media, stating they were asked not to divulge anything pertaining to the meeting.

“They spoke to us and also most of the inmates to hear their side and issues. Nothing more can be revealed at the moment,” said a women’s prison officer, requesting anonymity. The prison officials are slated to submit a report on the lapses that took place in the jail both on June 23, when Shetye was allegedly beaten to death and on June 24, during the arson and rioting that took place allegedly when the inmates learnt about the death of Shetye.

The crime branch officials, meanwhile, have sought permission from court to record statements of at least 15 inmates. According to rules the investigators are required to seek permission to speak to inmates and record their statements from the concerned courts that issued sentences in their cases.

The crime branch is also yet to locate the stick that was used to assault Shetye. It has been missing since the day of the crime and officials are probing if it has been destroyed. The custody of the accused is set to exhaust on Friday when they will be produced before the Esplanade court.