The detailed project report (DPR) will be ready by the end of June while the project will be completed by 2024. 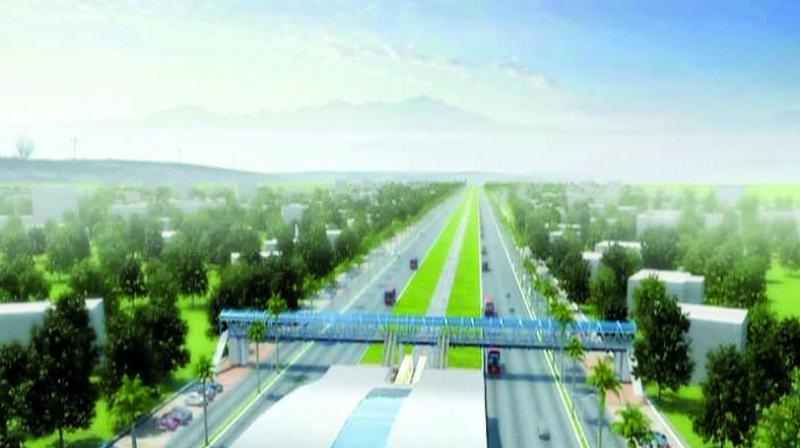 Mumbai: The World Bank may fund the Virar-Alibaug multi-modal corridor as chief minister Devendra Fadnavis will approach the former for the project, according to a senior Mumbai Metropolitan Region Development Authority (MMRDA) official. The detailed project report (DPR) will be ready by the end of June while the project will be completed by 2024.

The 100km-long corridor will comprise two metro corridors and 21 flyovers. “The CM is planning to approach the World Bank to fund the corridor and tenders will be floated after that,” said Sanjay Khandare, additional metropolitan commissioner, MMRDA.

“The wildlife clearance is pending, while the land acquisition is in process,” Mr Khandare said.

The project requires around 1,172 hectares of land. Officials said that the tendering process for the corridor should begin by January 2019. Work on the corridor between Navghar in Virar and Alibaug in Raigad district will be completed in phases. The first phase is a 98km stretch between Navghar and Jite near Panvel while the second phase is a 28km stretch from Jite to Alibaug. The 30m-wide corridor will have a metro line in the middle, four lanes for bus rapid transport system (BRTS) and the rest for normal traffic.

The corridor will house two metro lines, the construction of which will commence once road works near completion. The estimated cost of constructing the highway (phase one) is Rs 10,000 crore. The proposed corridor is likely to provide connectivity to areas such as Panvel, Virar, Bhiwandi, Kalyan, Uran, Pen and Alibaug. The total cost of the project is Rs 22,300 crore, of which, Rs 8,000 crore will be spent on land acquisition.

Meanwhile, the MMRDA may scrap the plan of constructing an elevated road through the Sanjay Gandhi National Park (SGNP) as the wildlife board has recommended that the authority look for alternative routes.