Colleges to start lectures once 70 per cent seats are filled

By the fourth merit list (which is on July 29), most of the seats in most colleges are full, says Rajendra Ahire. 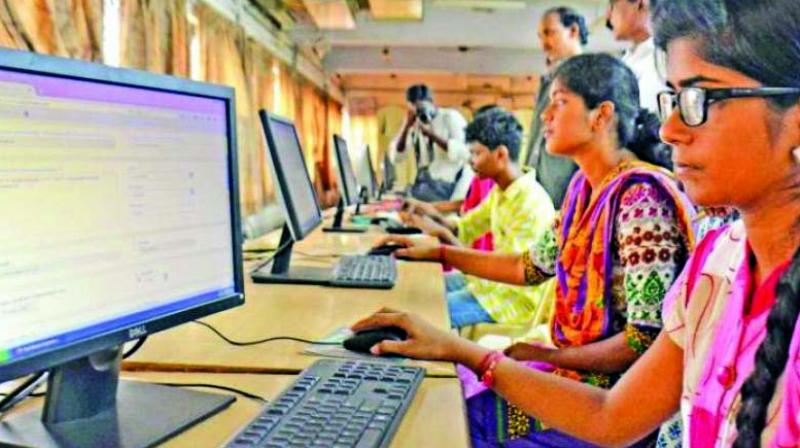 According to the department, for students who secure admissions late i.e. after lectures commence, colleges will be asked to hold extra lectures for them.

Mumbai: Students unable to secure first-year junior college (FYJC) admissions soon may have to miss initial college lectures. The state education department has directed colleges to start lectures once 70 per cent seats are occupied across colleges. The decision has been taken because last year, the FYJC online admission extended till September, disturbing the academic calendar of colleges which usually begins in July.

Rajendra Ahire, in-charge deputy director of education, who is looking into FYJC admissions in the Mumbai region this year, said, “We have directed colleges to start their classes and lectures as soon as 70 per cent seats are occupied as we don’t want to waste time. By the fourth merit list (which is on July 29), most of the seats in most colleges are full. If there are more students left, the rounds will go on, but at least, we can start classes for the allotted students.”

“Since there are no offline admissions this year, too, students have been informed to start filling the forms and secure admission in colleges they have been allotted to,” Mr Ahire said. 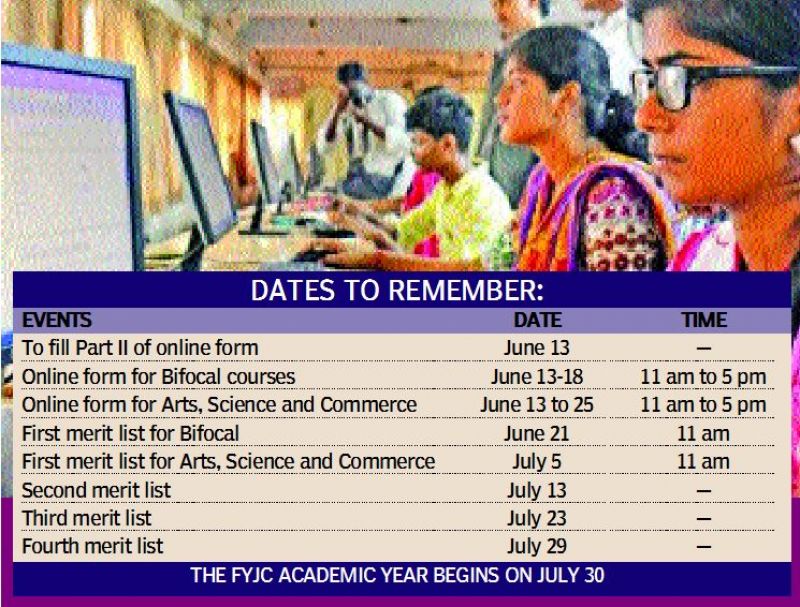 According to the department, for students who secure admissions late i.e. after lectures commence, colleges will be asked to hold extra lectures for them.

During the last academic year, the department conducted eight (merit) rounds including four general merit list rounds, two special rounds, and “two first-come, first-serve basis” rounds for students. With students unableto understand the newly-generated admission procedure or technical snags in the online system, over 10,000 students were left without seats even after four rounds of admission.

Students find difficult to track college code
On the first day of the First-Year Junior College (FYJC) online admissions, several colleges and students complained of not being able to find the ‘unique college code’ while trying to fill the admission form. Several schools and FYJC colleges, who help their students to fill the form, complained to the state education department about the glitch.

“We were trying to fill the form since 11 am and our students could not find our college’s name and unique college code in the drop down box in the college preference list,” said a Principal of a Dadar-based college, who did not wished to be quoted.

Every online FYJC admission form has an option called ‘Preference list’ where the student need to mention minimum three and maximum 10 college names as their preferred option. According to these names of the colleges, on the basis of cut-offs, merit marks scored by the student, chosen location, the online system will allot seat to the student.

Principal further said, “We have all three streams in our colleges – Arts, Science and Commerce – and yet for Arts and Commerce, our college’s name and code is nowhere to be found. If this continues, there will be no admission for our college in these streams.”

According to our sources in the education department, this glitch in the system is a common thing since last year as there are several colleges in and outside the city with a same name. “If there are two names of colleges with difference location, the system sometimes finds it difficult to track which college is which.”