This will enable instant use of manure after production. 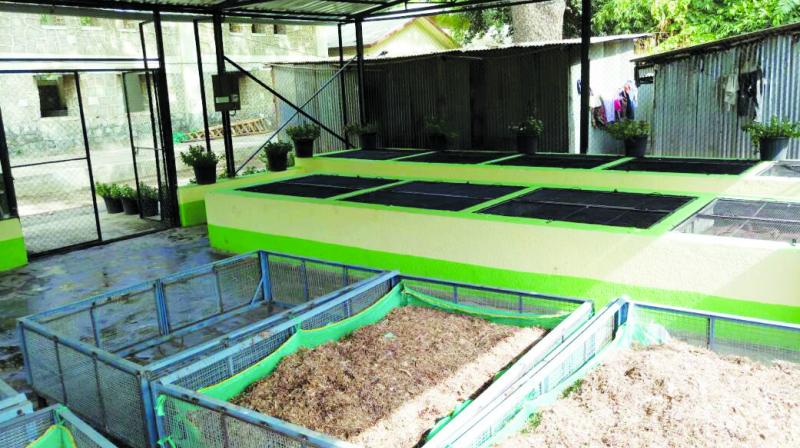 Mumbai: Veermata Jijabai Bhosale Udyan, popularly known as Byculla zoo, has set up its own vermi-compost processing plant to treat 1,000kg of waste daily. In a year, the plant is likely to produce 40,000 to 50,000kg manure which will be used for gardening in the zoo.

According to civic officials, traditional vermi-compost processing plants need to separate manure and earthworms after production. However, the plant set up at the zoo has been specially developed by studying earthworm behaviour and will not require traditional methods. This will enable instant use of manure after production.

Civic officials said that nearly 1,000kg of biological waste was formed every day in the zoo, spread over 48 acre, in the form of green waste, food leftovers and animal excreta. Till now, the waste was sent to the dumping grounds.

As part of the Swachh Mumbai Prabodhan Abhiyan (SMPA), the BMC has constructed the plant with the help of a women’s self help group, Shri Aastha Mahila Gat (SAMG), trained under the SMPA scheme. The plant, which treats green waste with the help of earthworms, has been set up near the main internal entrance of the zoo on 1,387 sq ft of land.

Subhash Dalvi, chief nodal officer, SMPA, who has designed the plant, said, “The traditional method is long and time-consuming. Considering that earthworms are attracted to humid places, we decided to set up nine pits with their lower spaces wet. After producing manure within six to eight weeks, the earthworms move the lower part of the pits, leaving the manure on the upper part.” The plant is also producing 40 to 50 litre of liquid fertiliser which can be used as manure, he said.