The demolition had taken place on May 4 and 5 and CPDR had visited the spot on May 10, following which it prepared its report. 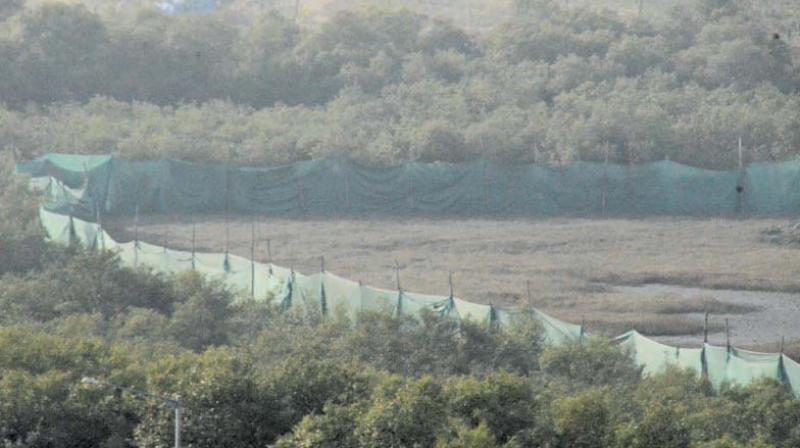 The report has alleged that the forest department, while demolishing slums at Cuffe Parade to save mangroves, has violated basic human rights by not following proper procedure.

Mumbai: The Committee for Protection of Democratic Right (CPDR) — a civil rights organisation, has alleged that the forest department (FD) has acted arbitrarily while implementing a Bombay high court order to save mangroves on the state coastline. The report has alleged that the FD, while demolishing slums at Cuffe Parade to save mangroves, has violated basic human rights by not following proper procedure or providing alternate accommodation to the evicted families. The demolition had taken place on May 4 and 5 and CPDR had visited the spot on May 10, following which it prepared its report.

In January, the high court after hearing a petition regarding destruction of mangroves in Thane had constituted a committee to inspect and ensure that mangroves on the state coastline were not harmed.

The residents of Ambedkar Nagar slums at Cuffe Parade said they were shocked after bulldozers were brought in by the forest department and they were given less than an hour to vacate the premises. The residents had no option but to give way. With no one to hear their complaints, they approached Ghar Bachao Ghar Banao Andolan, a civic organisation that informed CPDR about the same.

The survey conducted by CPDR said, “ The demolition was prima facie illegal as no adequate notice was served to the 1,500 families, undue excessive force was deployed to carry out the demolitions...”

A spokesperson for CPDR said, “The Bombay high court order against destruction of mangroves is being used in an arbitrary and unjust manner against slum dwellers, while exemptions are being granted to private builders. The forest department is planning to continue demolition drive till May 31 in more slums near mangrove areas. These arbitrary actions need to be stopped as it is putting lives of many poor at risk,”  Vikas Kharge, principal secretary (forest) was not reachable for comment.