One of them was told, “let ants run over your body”; Patients victims complain to MDACS. 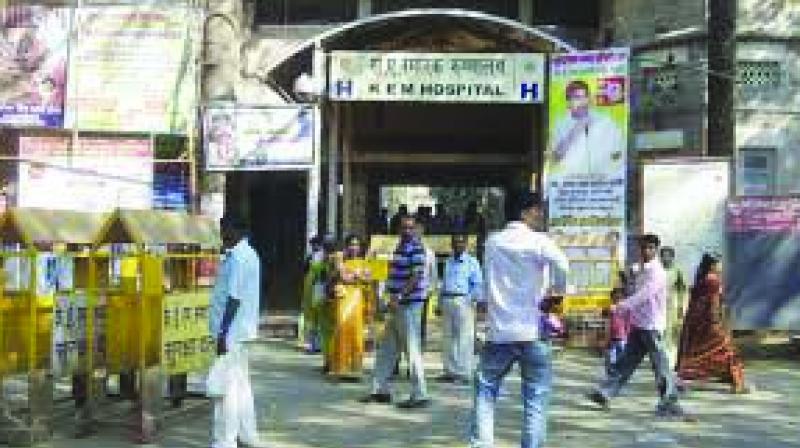 One of the victims was allegedly humiliated at KEM Hospital when she asked for a change in her medicines.

Mumbai: Three people afflicted with Human Immunodeficiency Virus (HIV), including two women, were allegedly humiliated and denied treatment at state/civic-run hospitals recently. The patients have approached the MDACS (Mumbai District AIDS Control Society), the nodal body to tackle HIV in the city, with their complaints.

One of the three victims, a 44-year-old woman, had gone to the state-run JJ Hospital following numbness in her hand. But she said the doctors at the ART (Anti-Retroviral Therapy) centre at the hospital shooed her away, saying, “Let ants run all over your body.”

The victim said, “I am suffering from numbness in my hand. When I showed it to the doctor at JJ Hospital’s ART centre, he said, ‘eat sugar and let ants run all over your body.’” “It’s sheer humiliation and we cannot raise our voice as we have to see that person again,” she said.

Another victim, a 54-year-old man, said he was not entertained at the civic-run Shatabdi Hospital when he went for a routine check-up. “I am a diabetic also, and I was not given proper treatment for my leg. I had lost sensation in my leg. I could not even feel if I was wearing a shoe or not, but after raising my voice I got some attention,” he said.

One more victim was allegedly humiliated at the civic-run KEM Hospital’s ART centre when she asked for change in the medicines. All the three alleged victims work in private firms.

The second alleged woman victim (45) said, “When I asked for a change in my medicine as the current medicine is not acting on me, I was humiliated and told, ‘we know what to give you, you do not have to teach us and keep your smartness with you.’”

Additional project director at MDACS, Dr Shrikala Acharya, said, “I need to find out which centre these three victims are attached with. This kind of behaviour is not at all tolerated.”

“I would like to know whether they approached a doctor or a paramedical staff or a volunteer. The victims are not aware.. they just go there to collect the medicines on monthly basis, if they have encountered the wrong person then it is a matter of concern,” Dr Acharya added.

However, Vinay Vast, director of Social Activities Integration, an NGO that works for people afflicted with HIV, said,“These things are not new. We often get complaints of the victims not being taken care at the hospitals by the medicos. Especially when the victim is asking for a change in medicine, the ART centers do not take their need into consideration,” he said.

The Lok Sabha on Tuesday gave its nod to a crucial bill seeking to protect those afflicted with HIV /AIDS. The bill seeks to ensure equal rights to people with HIV/AIDS and their access to health facilities. According to the Bill, “The measures to be taken by the Central or state governments under section 13 shall include measures for providing, as far as possible, anti-retroviral therapy and opportunistic management to people living with HIV or AIDS.”