BMC and police have made special arrangements today owing to Good Friday and Ambedkar Jayanti. 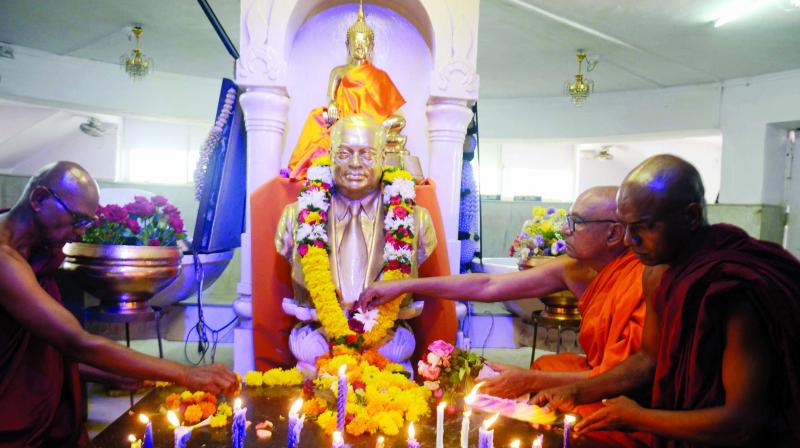 Dr Babasaheb Ambedkar’s birth anniversary will be observed in the country on Friday. (Photo: Rajesh Jadhav)

Mumbai: On account of two public holidays — Dr Babasaheb Ambedkar Jayanti and Good Friday — clashing with each other on Friday, city police and civic bodies have made arrangements to manage crowds and maintain peace and harmony in Mumbai. The railway has cancelled about 1,000 services as per their regulations for public holidays.

The police has made arrangements to deploy police teams including the State Reserve Police Force (SRPF) and Quick Response Team (QRT) on field to tackle any uncalled for incident and maintain peace.

Ashok Dudhe, Mumbai police PRO told The Asian Age, “The police force will guard locations like Chaityabhoomi and places of importance to maintain peace among the public. The general police force will be deployed on field but as a call for public processions, special forces such as SRPF and QRT too have been deployed to guard the city and maintain harmony.

Also, as crowd management will be an uphill task with people headed to various destinations, BMC has joined hands with police to manage crowds and ensure that processions and functions are carried out well within rules and regulations laid down by the government.

The civic body has suitably equipped its officers so that they are able to perform their duties.

As April 14 also coincides with Fire Brigade Day, the programmes arranged in the fire department will be carried out in the morning in the presence of security guards.