In 2018, just ahead of the release of the film ‘Padmaavat’, protests had turned violent across the country. 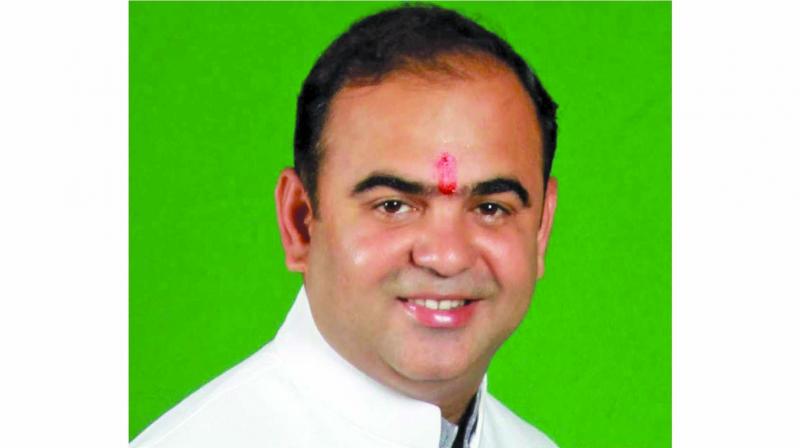 Mumbai: BJP leader and tourism minister Jaykumar Rawal has demanded that the cases lodged against those who protested the release of the film “Padmaavat” be withdrawn. Mr Rawal has written a letter to chief minister Devendra Fadnavis in this regard.

In his letter addressed to chief minister dated March 12, Mr Rawal has said that the Rajput Karni Sena and other organisations held protests at several places in the state. During the protests, several cases were lodged against the citizens.

The BJP leader further said, “Many people were even arrested. However, nowhere was law and order jeopardised nor was there a loss to public property. Therefore, the cases lodged against the protestors should be taken back.”

In 2018, just ahead of the release of the film ‘Padmaavat’, protests had turned violent across the country. Fringe outfits had taken out rallies, blocking roads and damaging vehicles in the country. Rajput and Hindutva groups had also made allegations that the movie depicted inaccurate facts, portraying the Rajput queen Padmavati in bad light.

Congress spokesperson Sachin Sawant questioned why Mr Rawal needed to write a letter to his own government and chief minister, “He should have directly asked him (CM) to withdraw the cases. He has written this letter with political interest. Everybody knows that the model code of conduct is in place and if they wanted to take this decision, they would have taken it earlier,” said Mr Sawant.

The movie is based on the 16th century epic, “Padmavat” penned by poet Malik Muhammad Jayasi. The movie was mired in controversy after various Rajput groups accused director Sanjay Leela Bhansali of “distorting historical facts”, a claim repeatedly denied by him.