The SWD department carries out desilting of nullahs over the year. 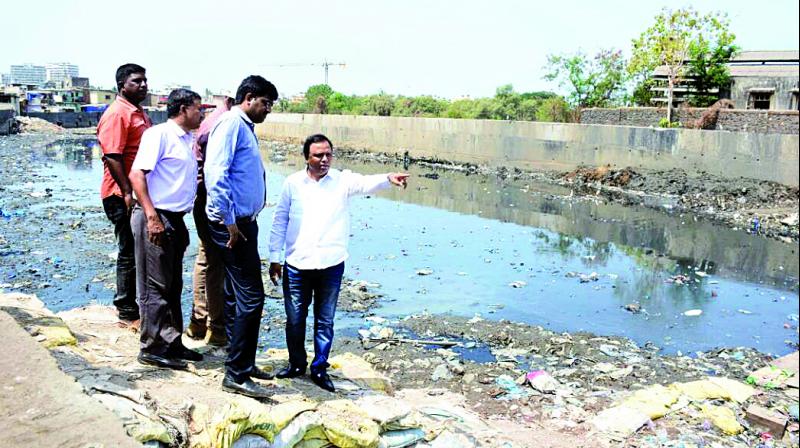 The SWD department carries out desilting of nullahs over the year. (Photo: Mrugesh Bandiwadekar)

Mumbai: The most crucial work carried out by the Brihanmumbai Municipal Corporation (BMC) to avoid flooding in the city during monsoon is desilting of major and minor nullahs before the beginning of rains.

“The pre-monsoon desilting work will start from April 1, and the tendering process is complete. The work orders will be given soon, and we will complete all desilting on time,” said the director of the storm water drains (SWD) department, Vinod Chithore. However, for the last two years, the BMC has struggled to achieve its target of completing the desilting of nullahs.

In 2017, the BMC failed to get contractors in the backdrop of the desilting scam while in 2018, 57 contractors were appointed for desilting major and minor nullahs but only 45 per cent of the work was completed till mid-May. The work is expected to be completed by the first week of June as the monsoon officially hits the city by June 7.

“The tendering process to appoint contractors has been completed however due to the model code of conduct, there is delay in work orders. However, it won’t affect the timing to start the desilting of nullahs i.e. April 1,” said another officer. The contractors are appointed zone-wise i.e. western, eastern and city, and work is carried out accordingly.

The SWD department of the BMC carries out desilting of nullahs over the year, but the pre-monsoon desilting constitutes 70 per cent of the total work. The desilting of major and minor drains is crucial to allow the smooth flow of rainwater into the sea and avoid waterlogging in the city. The city has some 27 SWD systems, of which, a maximum of 18 are in the western suburbs, six in the eastern suburbs, and three in the city.

The municipal commissioner has announced that this year, 160 waterlogging locations have been bettered and 60 more will be done by monsoon. However, there are several chronic spots in Mumbai where the BMC has not yet succeeded in preventing flooding despite various relief works.