It would ensure systematic culling of chicken, scientific disposal of animal waste. 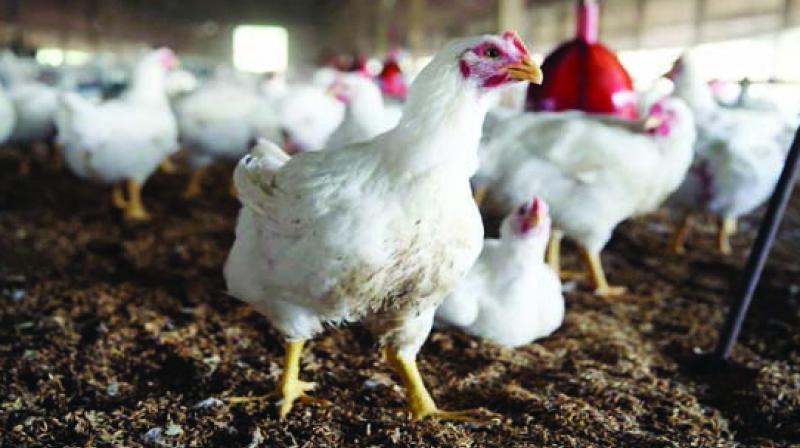 The Deonar abattoir has the facility to slaughter animals like buffaloes and goats but not chicken.

Mumbai: If the Brihanmumbai Municipal Corporation (BMC) has its way, then Mumbai will have its first slaughterhouse for chickens. Currently, the civic body is planning to provide land for the project in city’s new Development Plan (DP).

Former corporator Trishna Vishwasrao from Shiv Sena had suggested that the BMC should set up a slaughterhouse for chickens so that Mumbaikars get fresh and clean chicken meat. The BMC is planning to make a separate reservation for it in the new DP, said civic officials.

According to officials, the issue of setting up a chicken slaughterhouse was discussed in a meeting held in August 2016, which was attended by the general manager of Deonar Abattoir and DP officials.

Following this, the top civic officials have asked the DP officials to provide a land in the DP 2034 for setting up the said slaughterhouse near the city limits.

The slaughterhouse would ensure systematic culling of chicken, scientific disposal of animal waste and pollution control too, the officials said.

The Deonar abattoir has the facility to slaughter animals like buffaloes, bulls, goats, sheep and boars, but not chicken.

“Looking at the lack of space at the Deonar abattoir, it would be appropriate to set up a new slaughterhouse for chickens in the city. The plan is to construct it near one of the octroi nakas outside the city,” said a senior civic official.

In a notice of motion, Vishwasrao had suggested that chickens should be sold in the city only after municipal veterinary experts examine them at the abattoir. “Since chickens are not examined, there is a possibility of diseases like swine flu spreading in the city,” she said.

She had also cited hygiene as another important point. “Animal wastes like blood, intestines, feathers and hair are also thrown into gutters, making it a serious hygiene issue. If chickens are slaughtered at the abattoir, Mumbaikars will get fresh and clean meat.” She had also suggested how it would further add municipal revenues through other products, like the powder made from chicken bones.