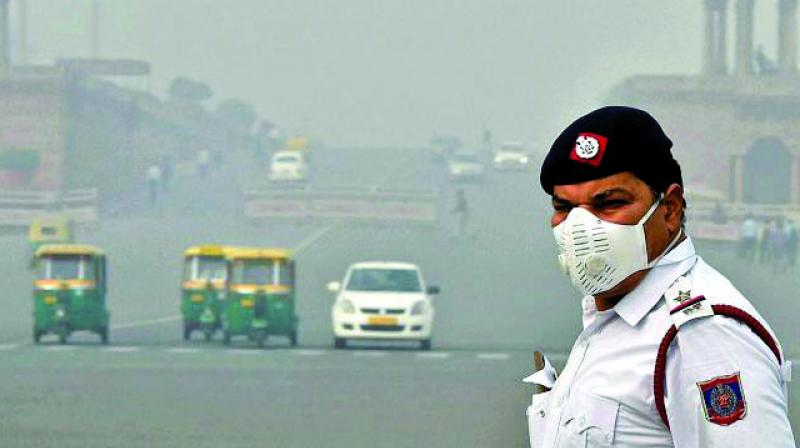 The report also highlighted the critical levels of nitrogen oxide in cities, like Navi Mumbai and Thane.

Mumbai: While the national capital has earned the infamous title of being the most polluted city, Mumbai is not far behind since it has surpassed Delhi in terms of the increasing trend in air pollution.

According to a latest report, Mumbai’s PM10 levels, pollutants arising from dust pollution, has increased by 64 per cent over 10 years, making it the second metro city in India to have an increasing percentage of pollutants in the air.

While Chennai stood first, Mumbai was followed by Delhi and Bengaluru. Centre for Science & Environment (CSE), a Delhi-based non-government organisation, analysed the data on PM10, particulate matter that are 10 micrometres or less in diameter, from the year 2007 till 2017. These fine dust particles can easily enter the lungs causing health and breathing issues. While Chennai saw an increase of 86 per cent in PM10, Delhi and Bengaluru recorded a percentage increase of 52 and 46 respectively.

“Accordingly, the number of cities with PM10 levels in critical category has incre-ased from 56 per cent in 2007 to 79 per cent in 2017. It is, however, evident that out of 255 cities nearly 78 per cent cities exceeded the standard in 2016,” read the State of India’s Environment Report 2019 by the CSE. “We cannot say that we are better than Delhi in terms of air quality. Many cities are still experiencing hazardous air quality,” said Anumita Roychowdhury, executive director, CSE. However,  CSE director general Sunita Narain stated that cities should take lesson from the graded action plan of Delhi, which has been showing some signs of improvement.

The report also highlighted the critical levels of nitrogen oxide in cities, like Navi Mumbai and Thane.