Two robots to be inducted in maharashtra bomb squad

The robot has a set of commands and can be directed to a particular object. 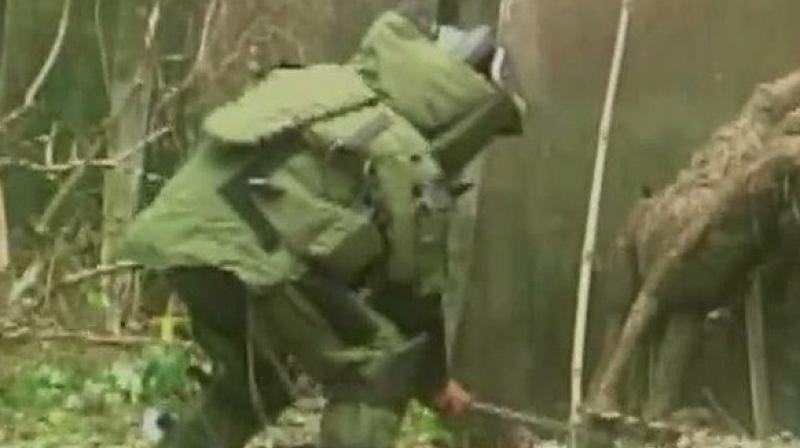 The trial of such robot has already been taken in Chandigarh and an order for two robots have been placed. (Photo: ANI)

Mumbai: Maharashtra Police’s Bomb Detection and Disposal Squad (BDDS) are set to induct two robots in their team. The wireless bomb disposal robot, a compact machine, will not only be able to indicate the nature of an explosive device but also be able to defuse bombs and that too without risking the human lives. The trial of such robot has already been taken in Chandigarh and an order for two robots have been placed.

The robot has a set of commands and can be directed to a particular object by remote control, according to a police source. “It can be mounted with many accessories such as scissors, torches, water dispensers and sometimes even a weapon. It can cover a distance of 100 metres. It can also locate a bomb, cut the wires, pick it up and even bring it to you,” he said. In 2016, senior police officials had unveiled the plan to induct robots for bomb-disposal.

The source said, “Private firm Security Defence Systems of Chandigarh has entered into an agreement with Mumbai police and will be providing the required robots.” Used by many police forces across the world, a bomb disposal robot is equipped control application like remote monitoring and controlling application for analysis of any suspicious thing. It also allows the user to handle the bomb using the robotic arm and also allows the used to blast it then and there. The cops can stand at a distance and diffuse the bomb without even risking themselves.

R. D. Shinde, Additional CP, Protection and Security Branch, Mumbai police, said, “We will get the robot. I can’t say how much time it will take.