MSRTC’s AC buses to take on MBMT with low fares 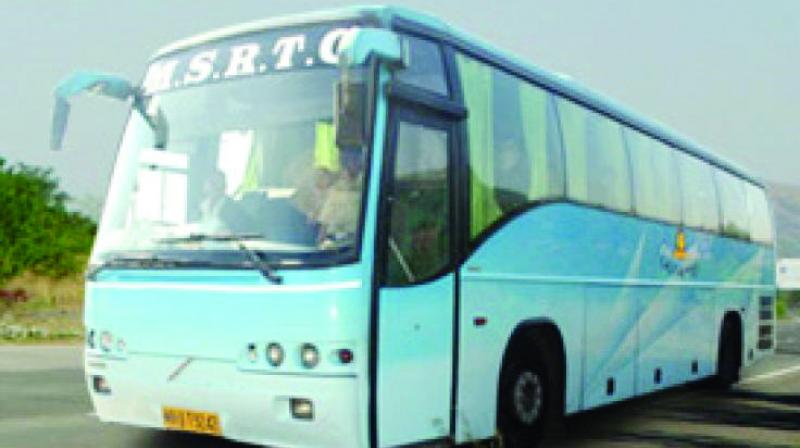 In its bid to meet rapidly growing passenger needs, the MSRTC is walking the makeover path with a slew of passenger-centric initiatives. (Photo: ANI)

Mumbai: At a time when the Mira Bhayandar Municipal Corporation (MBMC) is already reeling under an acute cash crisis due to huge operational losses every month because of it rickety bus services, its public transport utility is now facing tough competition from the Maharashtra State Road Transport Corporation (MSRTC), which launched the Shiva Shahi fleet of swanky air conditioned buses in Bhayandar on Sunday. While the ticket rate of Shiva Shahi air conditioned buses provided by the MSRTC on the Bhayandar – Thane route is Rs 48, MBMT charges Rs 100, while the normal state transport buses charge Rs 33.

The Shiva-Shahi buses have been introduced on the Bhayandar-Thane route which is considered as one of the most busiest segment owing to the presence of various important public works related offices in Thane district including, the collector’s office, the tehsildar’s office, the superintendent’s office (Thane Rural), sessions court, the Zilla Parishad and the education Department.

In its bid to meet rapidly growing passenger needs, the MSRTC is walking the makeover path with a slew of passenger-centric initiatives. Unable to explain the huge gap in fare prices, however, MBMT officials maintained that since the MSRTC buses offered only a not-stop, conductor-less service, there are many commuters who would still travel in the MBMT buses.