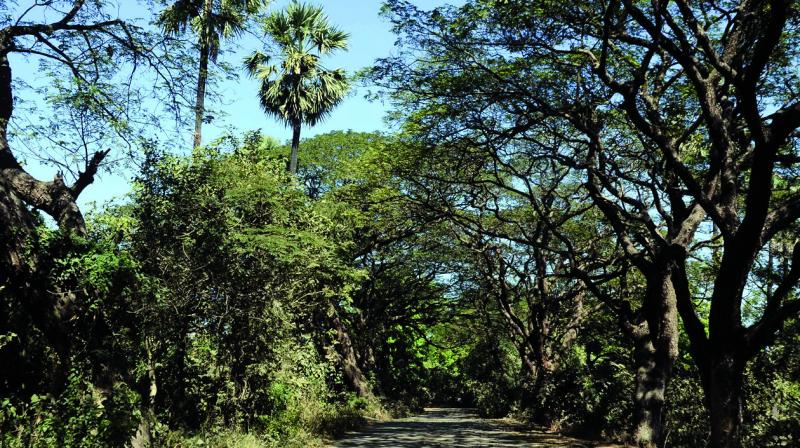 Recorded forests are the reserved and protected areas that are recorded as ‘forest’ in government data.

Mumbai: Forest cover decreased by 17 square kilometres (sqkm) in Maharashtra between 2015 and 2017, while the recorded forest area reduced by 149 sq km, according to the State of Forest Report 2017. The report by the Forest Survey of India was released in Delhi on Monday. Recorded forests are the reserved and protected areas that are recorded as ‘forest’ in government data.

Forest cover are the lands with more than one hectare in area and tree canopy of more than 10 per cent which may not necessarily be recorded as forest land. Environ-mentalists have asserted that it is the result of projects and encroachments in the reserved forest areas. The report stated that the net decrease could be attributed to “rotational fellings, submergence, agricultural expansion and other development activities”.

Meanwhile, environmentalists have highlighted that the revenue lands should be immediately transferred to the forest department, as it will lead to stricter supervision over the forest cover. “The decrease in recorded forests could be due to the encroachments, development projects and diversion of forest land for non-forestry purposes. As such the forest lands under the revenue departments should be transferred to the forest department as earlier as possible,” said Stalin Dayanand, Project Director, NGO Vanashakti. Meanwhile, the forest department has claimed that the decrease in forest cover has been balanced with the tree cover outside forest areas. “The report has stated that although there is a decreased in the recorded forest areas, it has been offset due to the increased tree cover outside the forest areas. Maharashtra has got the highest tree cover among all the states,” said
S.G. Tembhurnikar, additional principal chief conservator of forests (Conservation), Maharashtra.