Does IVF baby need dad’s name on BC: Bombay HC

The BMC officials refused to leave the space of father’s name blank in the baby’s birth certificate. 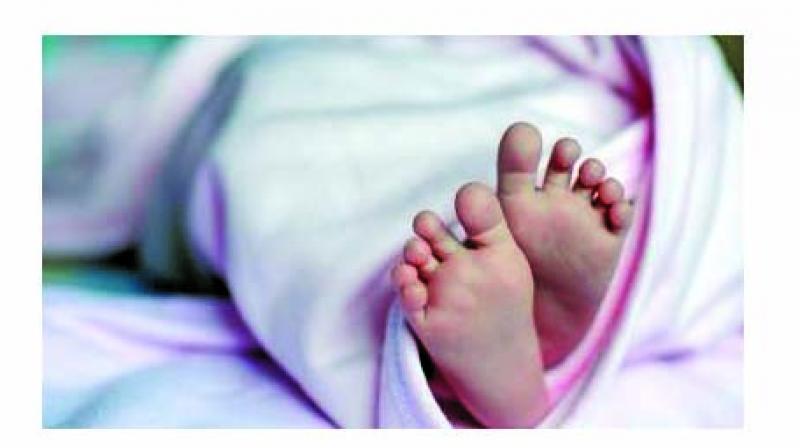 However, the BMC refused to do so, citing the need to fill up the father’s name, after which she approached the high court.

Mumbai: The Bombay high court on Tuesday asked the Brihanmumbai Municipal Corporation (BMC) to reply to an application filed by a 31-year-old woman who wants the column for the father’s name in her daughter’s birth certificate to stay blank.

The unmarried woman had conceived via artificial insemination (test tube) in 2016 and hence she wants the father’s column to remain blank.

The Nalasopara resident, a single unwed mother, in her petition said that she conceived through the IVF procedure and delivered the baby on August 20, 2016. Later, she approached the BMC for issuance of birth certificate and also informed the civic body to leave the space for the father’s name on the certificate blank.

However, the BMC refused to do so, citing the need to fill up the father’s name, after which she approached the high court.

Her lawyer, Uday Warunjikar argued before the division bench comprising Justice A.S. Oka and Justice P. N. Deshmukh, that in light of 2015 landmark judgment of the Supreme Court, the BMC cannot compel single mothers to disclose the name of their child’s biological father in the birth certificate.

This was the second time the BMC failed to file a reply to her petition and hence the HC has given the civic body a last chance to file a reply before the next date of hearing.

The same bench, while hearing another petition on Tuesday with a similar request that was filed by a single unwed mother, summoned the biological father of her child. The petitioner, a 21-year-old resident of Malad, requested the court to direct the BMC to remove the name of her child’s biological father from the birth certificate. The court has asked the father of the child to appear before it at the next hearing and state if he consented to having his name removed from the child’s birth certificate.