Cutting of trees resumes day after cops stopped it 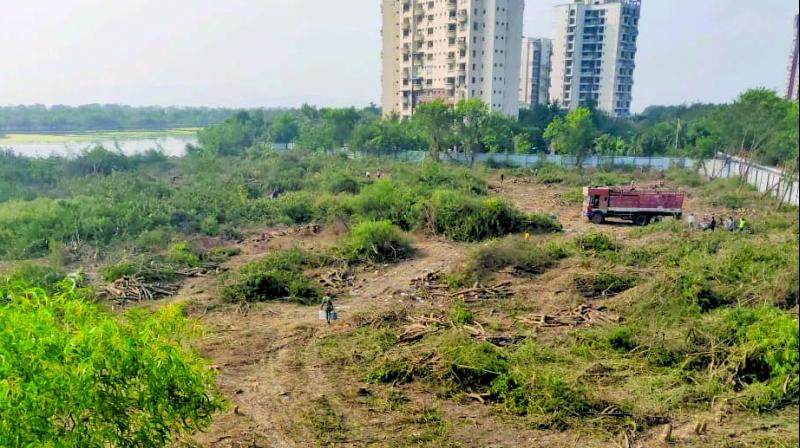 Mumbai: The cutting of trees at the Nerul wetlands resumed Monday after being halted by the police the previous day. Comparing the large scale tree-cutting to the Aarey incident, activists slammed the City Industrial and Development Corporation Of Maharashtra (CIDCO) for allowing the developer to go ahead with the tree-cutting for golf and a residential project despite the matter being heard at the court.

“The contractor started tree-cutting Sund-ay morning which was stopped by the police based on our complaints during the same day, but already, around 500 trees were cut by the evening. The next day, the contractors started cutting trees again and all the proposed trees have been hacked till now,” said Sunil Agarwal, Navi Mumbai-based activist.

Activists also stated that despite complaints to authorities, the tree-cutting was carried out uninterrupted and hastily. “It reminded us of the massive tree-felling at Aarey, however we were not even given time to present the facts in court as they happened within two days. On January 14, the parties have to submit their affidavits in the apex court,” oadded Mr Agarwal.

“While several trees were cut on Sunday, some were also on the wetland site where tree cutting is prohibited. As such trees were also illegally cut on the wetland,” said Vinod Punshi, president of Non-Governmental Organisation (NGO) Navi Mumbai Environment Protection Site.