Got no bird-related distress calls this Sankranti: Activists

With a day to go for Makar Sankranti, wildlife activists have been raising awareness about the ban on the Chinese manjha for flying kites. 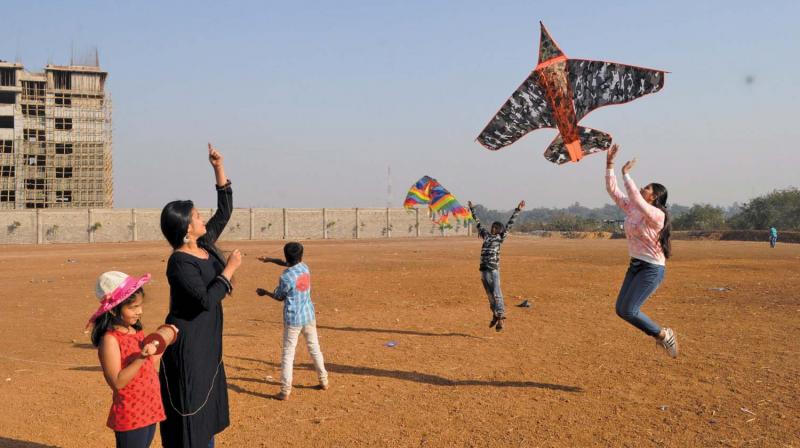 Mumbai: With a day to go for Makar Sankranti, wildlife activists have been raising awareness about the ban on the Chinese manjha for flying kites. Activists have stated that this time there have been no complaints so far regarding injured birds from the nylon manjha as compared to the previous years when the distress calls would start coming two-three days before the festival.

However, they stated that the real situation will be revealed only after the celebrations conclude.

While there is a widespread ban on nylon kite strings or Chinese manja in Mumbai owing to the National Green Tribunal’s (NGT) ban, there had been reports of injured birds during the festival of Makar Sankranti last year due to the Chinese manjha by citizens.

“It seems that people are getting more sensitised towards the issue and discarding the harmful manjha and using traditional ones,” said Sunish Subramanian, secretary of plant and animals welfare society (PAWS).

The Bai Sakarbai Dinshaw Petit Hospital for Animals, which receives distress calls during this time of the year, stated that no such reports have been found till now.

“Last year, though there were around 70 calls regarding the injured birds, they were significantly less than the previous years,” said Lt. Colonel (Dr) J.C. Khanna, secretary and in-charge, BSPCA Hospital, Parel.

Activists highlighted that birds get trapped in glass-coated cotton strings that are hanging from trees or lying in other areas after the kite festival. The National Green Tribunal had banned Chinese manjha in the country in July 2017.