Students had allegedly gathered on one side for selfies. 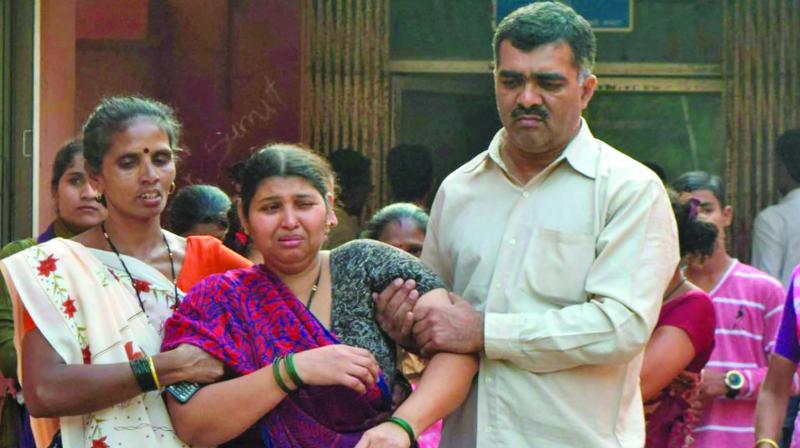 Clockwise: The Grief-stricken mother of a student who was on the ill-fated boat; parents of a deceased girl, police personnel talking to a victim of the tragedy. (Photo: PTI)

Mumbai: An outing at sea turned tragic for a group of 36 teenage students of K.L Ponda High School and Junior College, when three of their female companions lost their lives after the overloaded boat in which they were travelling capsized off the Dahanu coast around 11.30 am on Saturday. According to the police, the mishap was reported five kilometres off Parnaka Beach, which is located a few meters away from the school in the Agar area of Dahanu in Palghar district.

The students, who are aged 16 to 17 years, reside in villages and hamlets in and around Dahanu.

Thirty-three students were rescued in a massive search and rescue operation that was launched by a combined team of Indian Coast Guard along with the police and maritime board personnel with active participation from local villagers and fishermen. All were rushed to the nearby Cottage Hospital in Dahanu and discharged late in the evening.

“The deceased have been identified as Sonal Bhagwan Surti, Jhaanvi Harish Surti and Sanskriti Mahavanshi — all aged 17 years — residents of Ambedkar Nagar area of Masoli village in Dahanu Road,” said superintendent of police, Palghar, Manjunath Singe. While Sonal and Jhaanvi, who were first to be pulled out, died while undergoing treatment, Sanskriti was declared dead on arrival. 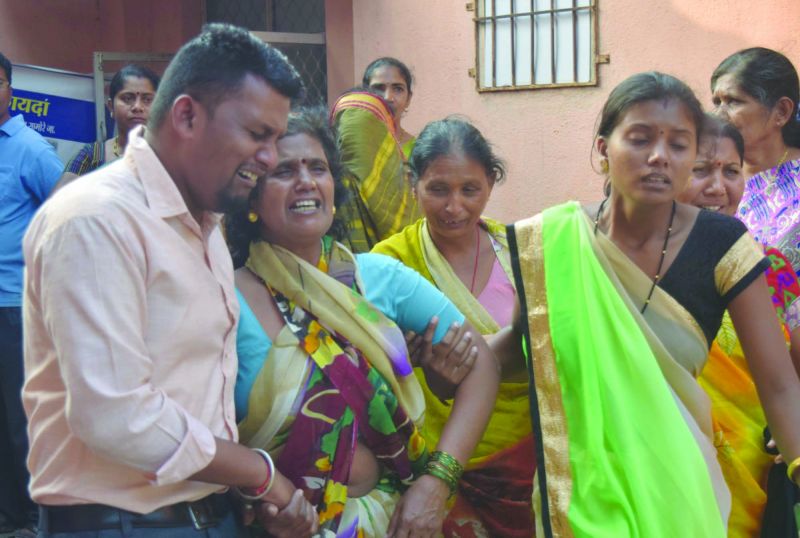 As per prima facie findings, the mishap occurred after some of the teenagers had climbed onto the roof of the trawler “Dahanu King” to click selfies and videos. When all of them came on one side, the boat tilted and consequently capsized. “ As soon as we learnt about the mishap, our entire group immediately reached the spot and assisted the authorities in rescue operations,” said Harshil Arekar, a local fisherman.

“Fortunately, it was the low-tide period and the boat had also not gone very far, else the casualties could have been much more. Since it was a weekend the children may have planned a joy ride,” said Vijay Kumar Adhikari, a member of the Coast Guard rescue team. “ We are thankful to the Almighty that our daughter was rescued; however, at the same time our heart cries for the parents who have lost their children,” said Ashok Ghodi, a parent from Patelpada.

The police took the students’ statements to ascertain the exact number of people on board and, if need arises, will press interceptor craft and special patrol vessels for night search operations. The boat driver, Mahendra Ganpat Ambire (50), is alleged to be the first person to jump out from the sinking vessel and swim to safety. Ambire is presently hospitalised and will be arrested as soon as he is discharged and booked for culpable homicide not amounting to murder, the police said. Parents have alleged that the boat owners were involved in an illegal business of luring tourists into taking joy rides without any safety measures in case of such emergency situations.

“The incident is a clear indication that there is little attempt to enforce vigil and ensure strict security measures by the authorities,” said a parent.