Five persons were injured in the leopard attack in Mulund (east) Saturday morning. 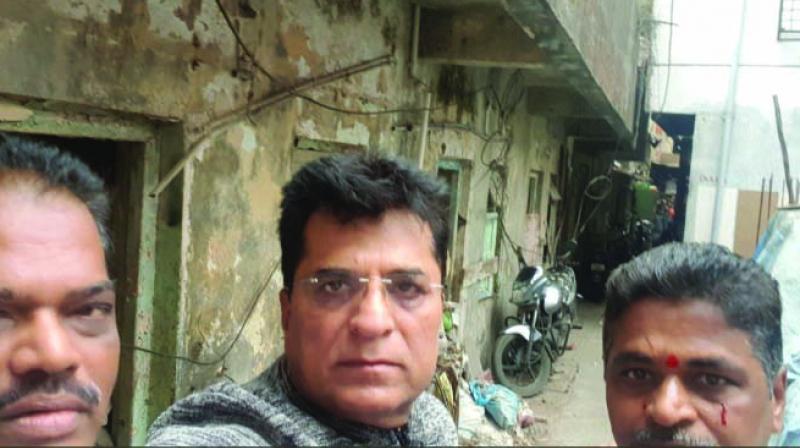 Mumbai: BJP MP Kirit Somaiya has come under attack after posting a selfie on his Twitter account with a man injured in the leopard attack at Nanipada, Mulund (east), Saturday morning. The Congress, NCP and even the Shiv Sena have called it the height of insensitivity. Netizens too have slammed Mr Somaiya for his act on social media.

Five persons were injured in the leopard attack in Mulund (east) Saturday morning. As Mr Somaiya is a MP of the area, he reached the spot soon after the incident. At around 8am, he posted a selfie with one of the injured persons, Suresh Bashidkar, on whose face blood clots could be seen.

The BJP MP’s action invited criticism from all quarters with the Sena’s Aravind Bhosale calling it highly insensitive. “It should be the duty of the leader to take the injured to hospital. But for Mr Somaiya, the desire to be caught on camera is bigger than duty.”

NCP’s Nawab Malik too criticised Mr Somaiya saying, “The BJP has become a selfie kheencho party. Everyone is busy clicking photos and posting them on social media rather than doing actual work on the ground.” Social media users too slammed the BJP MP. Twitter user Kiran Patil (@kiranppt) tweeted, “Get him to the hospital rather than clicking selfies Sir!” Another Twitter user Akshay Jadhav (@akshayaj10437193) taunted Mr Somaiya saying, “You should have taken a selfie with the leopard Sir!”

While The Asian Age called Mr Somaiya and also his personal assistant, he remained unavailable for comment.