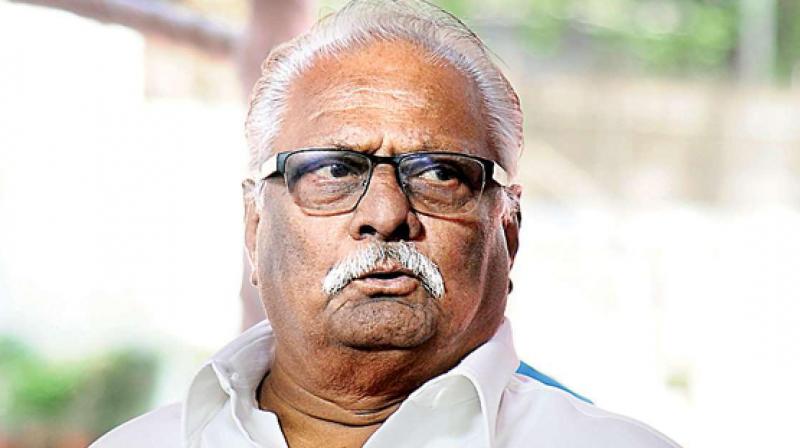 Mr Gote, who was a BJP legislator from Dhule  between 2014 and 2019, alleged that the BJP in general and former chief minister Devendra Fadnavis in particular cheated him.

“I also wrote a letter to Mr Fadnavis asking him why he cheated me,” Mr Gote said.

Terming Varsha, the official residence of the Maharashtra chief minister as “Varsha Night Club”, Mr Gote claimed that Mr Fadnavis and his close associates used to hold meetings after 10 pm at Varsha.

“The Varsha Night Club used to hatch conspiracies against BJP leaders and ministers, and provide documents to Opposition party leaders. As a result, I have decided to quit the BJP and join the NCP,” he said.

Mr Gote was associated with the BJP and its former avatar, Jan Sangh, for more than 30 years.

The letter, which Mr Gote mentioned in his speech, was written in January 2019. Mr Gote claimed that he was fed up of the conspiracies hatched against him by party leaders.

When questioned about his decision to join the party of his arch-rival, Mr Gote said that a party like the BJP should not ask him such a question as it had joined hands with Mehbooba Mufti of the PDP in Jammu and Kashmir, someone the party used to call a traitor.

Last month, the rebel leader had also fielded candidates for the Dhule Municipal Corporation polls under the banner of Lok Sangram, an outfit headed by his
son.

The rebel leader had also slammed the BJP saying despite an assurance about not giving candidature to criminals, the party has given tickets to 28 persons "against whom serious cases are registered".

On November 12, Mr Gote had said he would  resign from the state legislative Assembly as well as the BJP to protest against what he called induction of "criminals" into the saffron outfit.

“There are only three candidates in Dhule polls who are originally from the BJP. The rest have been imported from other parties. Out of the nominations filed by BJP, 24 are criminals, while around 14 have very serious charges registered against them,” Mr Gote had claimed.

Mr Gote was earlier arrested in connection with the multi-crore stamp paper scam and is now out on bail.

He was recently in the news for spending the night outside the EVM strong room in Dhule, where he contested as an Independent,  claiming he was guarding the facility to avoid any misuse of the voting machines ahead of the counting of votes on October 24, when the BJP and the Shiv Sena won a comfortable majority with 161 seats.