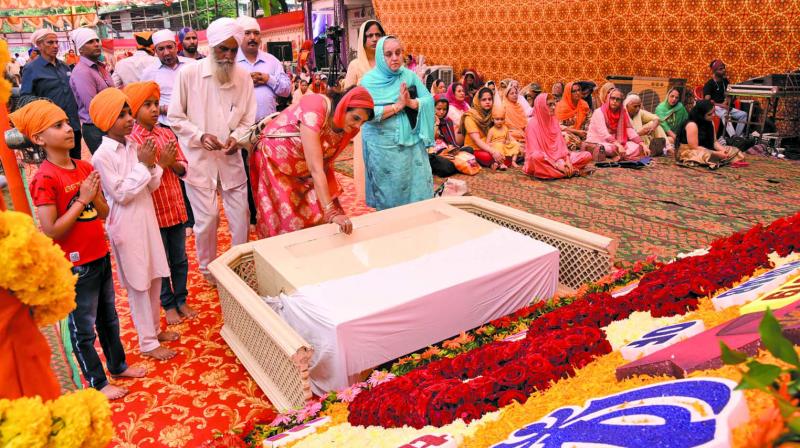 Most gurdwaras marked the occasion with prabhat pheris, langar program-mes and kirtans. Priests recited verse in praise of Guru Nanak Dev. Langar or free community lunch was served in the afternoon to celebrate the life and prophecy of Guru Nanak. Devotees got up early in the morning and sung Asa-di-Var and other morning hymns from the Sikh scriptures. Thousa-nds of devotees joined a nagar kirtan from Dashmesh Darbar. People from the Sikh community also performed a special type of martial art with a sword on this occasion.

Amrinder Singh of the patron Dadar gurdwara said, “Our Babaji was peace loving and has done good deeds by introducing spiritual, social and supporting platforms, on the principles of equality, goodness, and virtue.”

Gurupurab celebrations include kirtan, langar and recitation from the holy book of the Sikhs, the Granth Sahib, Mr Singh informed. About the newly-opened Kartarpur Corridor, he said, “We are very happy, since Guru Nanak's 550th anniversary coincided with the opening of the Kartarpur corridor. It was in Kartarpur that the Guru spent the last 18 years of his life.”

“All devotees prayed day and night for the ‘darshan’ (glimpse) of the gurdwaras that remained in Pakistan due to the partition. After 72 long years, our wish has been granted,” he said.