The MSRDC has to plant 48,000 trees on the expressway in lieu of the loss of tree cover. 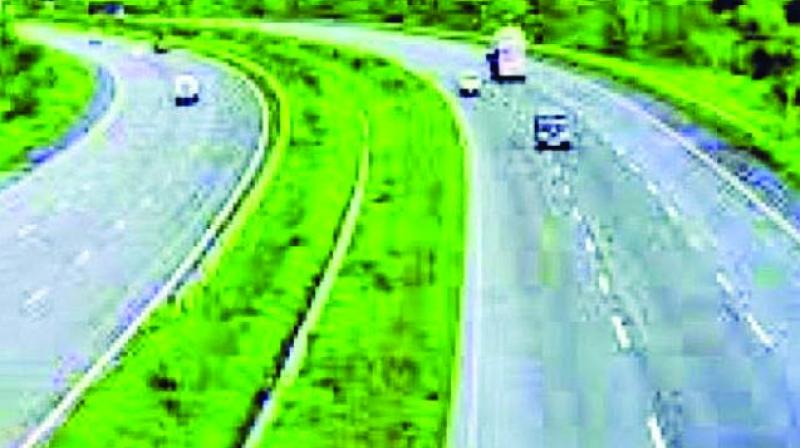 Yet another project – the Missing Link project – appears to be uncaring of the environment, with the Maharashtra State Road Development Corporation (MSRDC) having got permission to axe 5,300 trees spread over 83 hectares of dense jungle along the Mumbai-Pune Expressway.

Mumbai: Yet another project – the Missing Link project – appears to be uncaring of the environment, with the Maharashtra State Road Development Corporation (MSRDC) having got permission to axe 5,300 trees spread over 83 hectares of dense jungle along the Mumbai-Pune Expressway.

The MSRDC has to plant 48,000 trees on the expressway to compensate for the loss of tree cover. According to sources from the MSRDC, “All 48,000 trees will not be planted on the unused land on the Expressway due to land scarcity. A few trees will be planted in Aurangabad. For the next five years, MSRDC will have to take care of these plants.”

The work for the Missing Link project has started and excavation work on the 400m stretch has been completed. Nearly 50 lakh cubic metres of muck will be generated as a result.

“We have given permission to the contractor to destroy the muck created during the tunneling work. As there is no ongoing government project to utilise the muck, it will be disposed of in the nearby area,” a MSRDC officer said.

“The basalt rock is being cut to create the tunnel. So the muck generated during the tunneling wo-rk is of good quality, which can be used for some government project but there is no ongoing project nearby and there is no clause in the contract for utilising the muck,” he said.

The officer further said that the MSRDC had asked the contractor to search for a vacant place near Ratnagiri or Pune to dump the muck.

“The contractor will charge for the transportation of the muck to the assigned site, which will escalate the project cost. Considering this, the MSRDC has decided to dispose the muck,” he said.